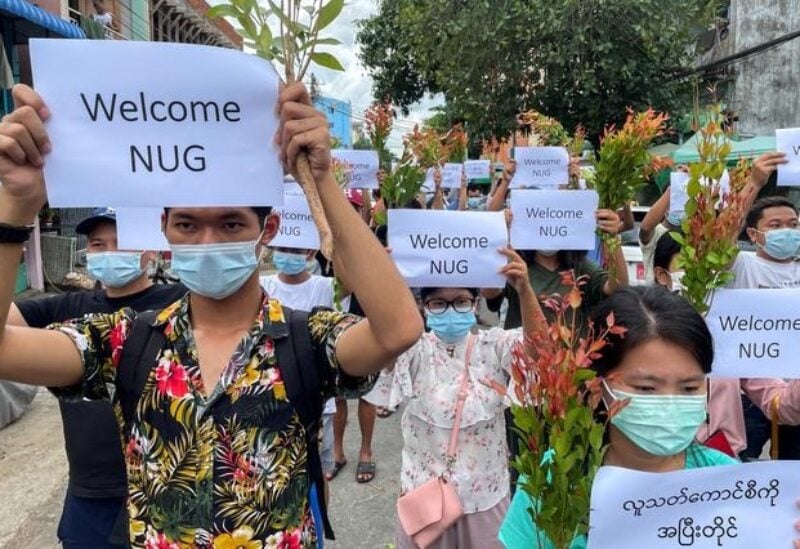 Myanmar’s neighbors have to negotiate with a newly formed government of national unity if they want to help resolve the turmoil triggered a by a Feb. 1 military coup and they should not recognize the junta, a unity government official said.

The 10-member Association of Southeast Asian Nations (ASEAN) has been trying to find a way out of the bloody crisis that has racked member Myanmar since the military ousted an elected government led by democracy champion Aung San Suu Kyi.

The military has shown little willingness to engage with its neighbors and no sign of wanting to talk with the government it ousted.

But in the first hint of progress for the grouping, junta chief Min Aung Hlaing will attend an ASEAN summit in Indonesia on April 24, a Thai government official said on Saturday.

It will be the military chief’s first known foreign trip and meeting with foreign leaders since he seized power. The junta has not commented on the ASEAN meeting.

“If ASEAN is considering action related to Myanmar affairs, I’d like to say it won’t succeed unless it negotiates with the NUG, which is supported by the people and has complete legitimacy,” Moe Zaw Oo told Voice of America’s Burmese-language service in an interview published on Sunday.

Pro-democracy politicians including ousted members of parliament from Suu Kyi’s party announced the formation of the NUG on Friday. It includes Suu Kyi, who has been in detention since the coup, as well as leaders of the pro-democracy protests and ethnic minorities.

The NUG has called for international recognition as the legitimate authority and had requested an invitation to the ASEAN meeting in Min Aung Hlaing’s place.

“It’s very important that the junta council is not recognized,” Moe Zaw Oo told VOA, adding the unity government had not been invited to the meeting in the Indonesian capital, Jakarta.

Myanmar’s security forces have killed 730 people in their efforts to end protests against the coup, activist group Assistance Association for Political Prisoners says, drawing condemnation from Western countries and unprecedented criticism from several members of ASEAN despite a bloc principle of not interfering in each other’s affairs.

“We … commit to continue taking action to press for the immediate cessation of violence, the release of those who are detained, and a swift return to democracy,” they said in a statement on Friday.

The U.S. embassy posted the statement on Twitter on Sunday. It did not refer to the NUG.

Crowds were out on the streets of several towns in Myanmar on Sunday to show support for the NUG.

Security forces shot and killed two protesters in the ruby-mining town of Mogok on Saturday, a resident told Reuters.

There was no claim of responsibility for the blasts. The military has accused protesters of carrying out bomb attacks.

The coup has also triggered clashes between the army and ethnic minority insurgents in the north and east who have expressed support for the protesters. Fighting has forced thousands of civilians from their homes in border regions.

The military has defended its coup alleging the result of November’s election was fraudulent, although the election commission dismissed such objections.

Suu Kyi faces various charges, including violating an official secrets act that could see her jailed for 14 years. Her lawyers reject the charges.