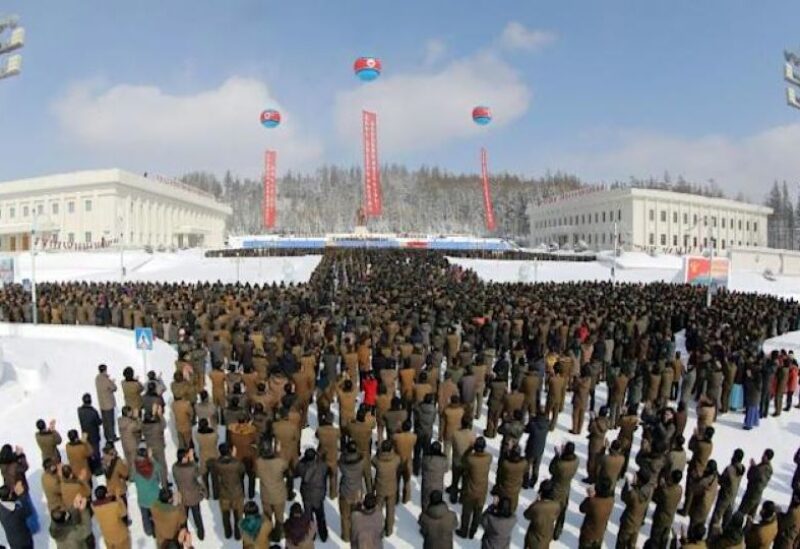 North Korea’s state media KCNA said on Wednesday that the late leader Kim Jong Un’s 80th birthday was commemorated with a music concert and fireworks in a restored holy city, but no missile launch or military parade.

According to KCNA, Kim attended a gathering of government, military, and ruling Workers’ Party officials in front of Kim Jong Il’s statue in Samjiyon City on Tuesday to honor the occasion, which is known as the Day of the Shining Star in North Korea.

The northern alpine hamlet of Samjiyon, dubbed the “holy country of revolution” by KCNA, lies near the Chinese border and Mount Paektu, the holy mountain where Kim’s family claims its roots.

North Korea, on the other hand, rarely hosted such celebrations in such a remote location.

By constructing new apartments, hotels, a ski resort, and commercial, cultural, and medical facilities, the city’s young leader hopes to transform it into a big economic hub.

The project has been a crucial push to build a “self-reliant” economy under sanctions over the country’s nuclear and missile programs, and Kim has praised it as a “socialist utopia” and “epitome of contemporary civilization” on many occasions.

KCNA did not publicize any of Kim’s statements, but he did lay flowers at the statue during the meeting. According to KCNA, top party official Ri Il Hwan gave a speech vowing to defend the late strongman’s mantra of self-reliance.

“The gathering demonstrated the participants’ strong desire and passion to… construct a people’s paradise prospering with self-reliance on this territory,” according to KCNA.

Fireworks and a music performance were also part of the festivities, but there were no military events, as has been the case in the past.

Commercial satellite images indicates apparent preparations for a military parade that might display new missiles or other military developments, according to a US think tank last week.

KCNA provided a photo of the gathering, which featured thousands of people dressed in olive green or grey suits, with the Kim Jong Il statue and a snowy woodland in the background.

Crowds of regular individuals wearing masks and viewing fireworks were also seen on state television, as was a group of party officials attending a performance.

North Korea performed a record seven missile tests in January and has warned that, due to stalled disarmament discussions with the US, it may resume testing intercontinental ballistic missiles or nuclear weapons for the first time since 2017.

The holidays come at a critical moment in South Korea, as the country prepares for a presidential election on March 9th, with formal campaigns beginning this week.

A resumption of North Korea’s nuclear or long-range missile tests, according to outgoing President Moon Jae-in, could “instantly” plunge the peninsula back into turmoil.