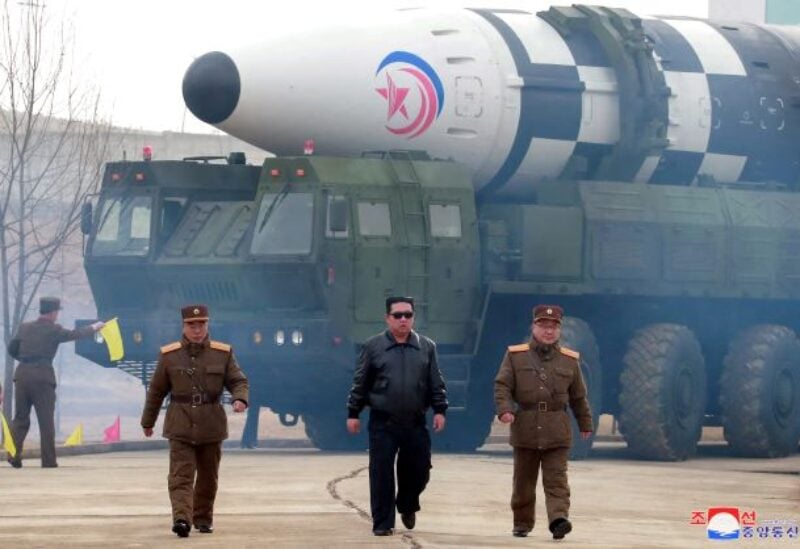 North Korea has attempted to modernize its state media with digital effects under Kim, seeking more modern ways to tell its stories.

North Korea conducted a massive intercontinental ballistic missile test on Thursday, which Kim said was intended to demonstrate the might of its nuclear force and deter any U.S. military moves.

State television aired a heavily produced video of the launch, complete with flashy effects and editing. Online commentators from around the world compared the video to the film “Top Gun” or the South Korean K-pop hit “Gangnam Style.”

Kim, wearing a leather jacket and sunglasses and flanked by uniformed military officers, is shown in slow motion walking and pointing as hangar doors slowly open to reveal the massive missile.

The intense soundtrack quickens as the shot switches quickly between Kim and the officers looking at their watches before the North Korean leader takes off his sunglasses and nods sombrely to start the missile moving to its launching position.

A countdown begins from nine.

Then one of Kim’s aides screams “Fire!” in slow motion, before a quick succession of shots shows another soldier waving a flag, and then others gathered in the command trailer screaming as one pushes the launch button.

Red flames pour out and the missile flies into the sky.

After the missile disappears, Kim celebrates with his two top aides shouting “hurray” and raising their hands.

In the next scene, a smiling Kim walks on the tarmac shoulder to shoulder with soldiers clad in desert-style combat uniforms and body armor.

The TV footage of the missile launch sparked memes and remixes online calling Kim “Top Kim Jong Un” or referring to the video as “Pyongyang Style.”

Earlier, Kim found viral fame when he rode a white horse up the snowy slopes of North Korea’s most sacred mountain in recent years.