NATO concerned by Russian exercises in Belarus, Moscow criticizes US 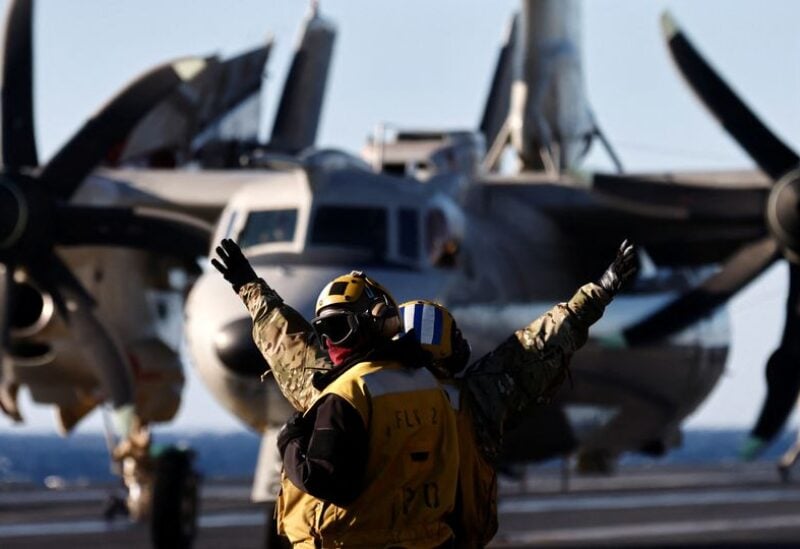 NATO concerned by Russian exercises in Belarus, Moscow criticises US

Russia accused the US on Thursday of inflaming tensions and rejecting Moscow’s appeals to defuse the Ukraine crisis, a day after Washington said it would send roughly 3,000 more soldiers to Poland and Romania.

Meanwhile, NATO said that Russia has increased force deployments to Ukraine’s northern neighbor Belarus in recent days, and that 30,000 troops were due to participate in joint military drills this month.

Ukraine claims Russia has deployed 115,000 troops near its borders, fueling concerns of an impending invasion. Moscow denies such such plan exists, but Western worry that Russia is preparing for war is considerable.

On a conference call with reporters on Thursday, Kremlin spokesperson Dmitry Peskov condemned the US force deployments.

“It’s clear that these are not moves to de-escalate tensions, but rather acts that contribute to increased tension,” he added.

“We constantly call on our American counterparts to stop aggravating tensions on the European continent. Unfortunately, the Americans continue to do so,” he said.

Washington and NATO have rejected Russian demands to bar Ukraine from joining NATO and withdraw allied forces and weapons systems from eastern Europe, while expressing a readiness to discuss arms control and confidence-building measures.

The Russia-Belarus exercises, running until Feb. 20, have provided Moscow with cover to further increase forces near Ukraine. It has described the Allied Resolve exercises as a rehearsal for repelling external aggression and says its forces will withdraw after the drills.

In Brussels, NATO Secretary-General Jens Stoltenberg said there had been a significant movement of Russian military forces into Belarus in recent days.

“This is the biggest Russian deployment there since the Cold War, with an expected 30,000 combat troops” as well as Spetsnaz special operations forces, SU-35 fighter jets, S-400 air defence systems and nuclear-capable Iskander missiles, he said.

Russian Defense Minister Sergei Shoigu arrived in Belarus on Thursday to inspect Russian and Belarusian troops and was due to meet Belarusian leader Alexander Lukashenko.

The Belarusian Defense Minister released images from the exercises showing troops parachuting to the ground, fighter jets in the sky, soldiers dismounting from a helicopter holding weapons, and tanks firing and manoeuvring. Belarus, which has 9.5 million people, shares its western border with NATO members Poland, Lithuania and Latvia, while Ukraine lies to its south.

Russian President Vladimir Putin said on Tuesday the West had ignored Russia’s main concerns and accused the United States of trying to lure it into war, but he said Moscow was still interested in dialogue.

The Pentagon said the aim of the U.S. troop reinforcements was to send a “strong signal” to Putin.

Support for Russia came from China. Their two foreign ministers “coordinated their positions” during a meeting in Beijing on Thursday, the Chinese foreign ministry said.

China expressed understanding and support for Russia’s position on security regarding Russia’s relationship with United States and with NATO, it said.

In Kyiv, Turkish President Tayyip Erdogan held talks with his Ukrainian counterpart Volodymyr Zelenskiy and repeated that Ankara was ready to do what it could to resolve the crisis. He offered to host a meeting between Putin and Zelenskiy.

In Paris, French President Emmanuel Macron said he and Polish President Andrzej Duda had discussed the possibility of a three-way meeting along with Germany’s Olaf Scholz in coming days on the situation in Ukraine.

European Commission President Ursula von der Leyen said the European Union was working on a joint response to a letter many of its member countries received from Russia asking for security guarantees.

Von der Leyen called for Russia to return to a path of “peace and dialogue” or face sanctions.