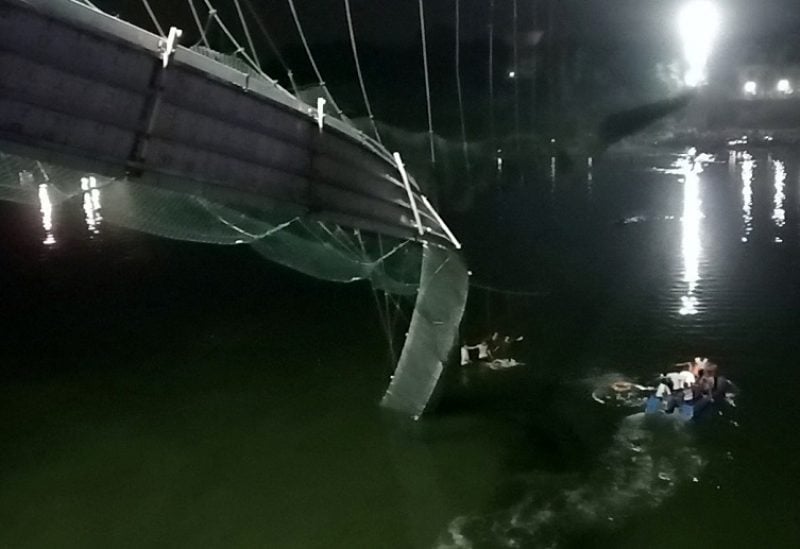 A view shows a damaged part of a suspension bridge after it collapsed in Morbi town in the western state of Gujarat, India, October 30, 2022. REUTERS/Stringer NO RESALES. NO ARCHIVES.

A suspension bridge collapsed in the western Indian state of Gujarat on Sunday, which led to the death of nearly 70 people, an official said.

He said that number of missing people cannot be determined at the moment, “The rescue operation is still going on,” he said.

NDTV, a local broadcaster, said: “There were about 500 people on the bridge when it collapsed, with around 100 still trapped in the water.”

Indian Home Minister Amit Shah said he was “deeply saddened by the accident in Morbi.”

“Local administration is engaged in relief work with full readiness, NDRF (National Disaster Response Force) is also reaching the spot soon. The administration has been directed to provide immediate treatment to the injured,” he said.

Indian Prime Minister Narendra Modi has also spoken to the chief minister of Gujarat about the incident.

“He has sought urgent mobilization of teams for rescue ops. He has asked that the situation be closely and continuously monitored, and extend all possible help to those affected,” Modi’s office said on Twitter.