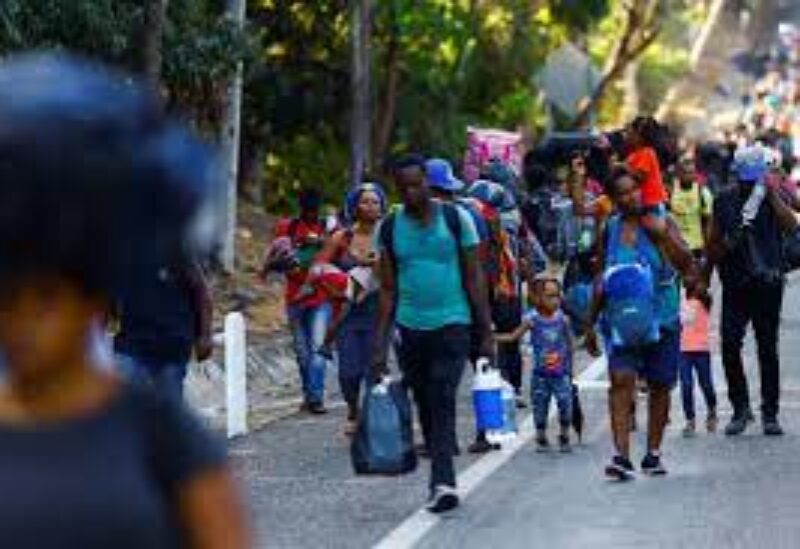 Overnight on Sunday, 2,000 migrants and asylum seekers left the southern Mexican city of Tapachula near the Guatemalan border, the latest in a series of caravans heading to the United States.

According to a Reuters witness, the caravan had traveled around 25 kilometers (15 miles) by Monday morning to the town of Huehuetan.

The bulk of its members were Central American and Caribbean families fleeing violence, poverty, and mounting hunger in their own countries.

For months, migrants and human rights advocates have denounced the “prison-like” conditions in Tapachula. Under Mexican rules, migrants must wait to process their claims – often for months – before being able to relocate to other parts of the country without fear of deportation.

Thousands of migrants waited on Monday in an hours-long line inside a stadium where immigration officials had set up a processing center.

“In Tapachula, there’s no life for migrants. We don’t have work, we don’t have money to pay for housing,” said Atis, a Haitian migrant waiting in line who declined to give his last name.

“We’re waiting here at immigration, but if there’s no other option, then we’ll leave here on foot, in another caravan.”

Last week, the Mexican government transported hundreds of migrants from Tapachula to other states in efforts to head off the formation of more caravans. But tens of thousands of migrants still remain in the city.