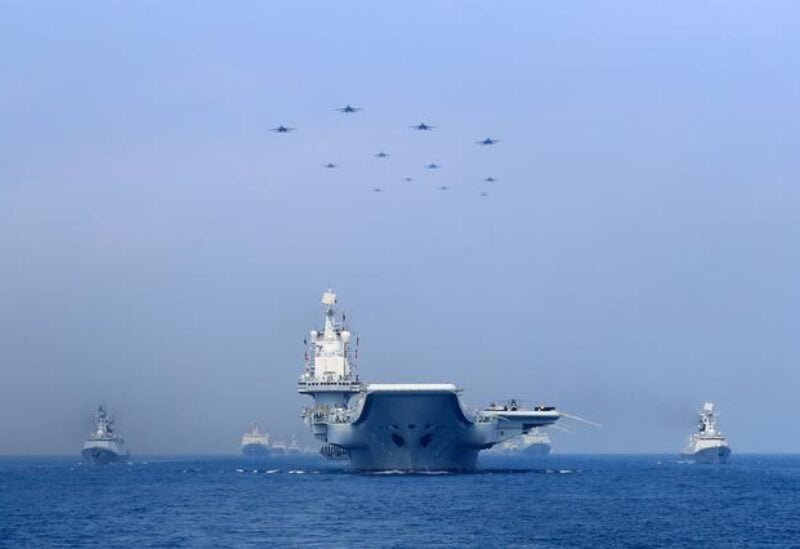 State media claimed on Thursday that one of China’s largest and most capable war ships is conducting long-distance maneuvers in the Sea of Japan, demonstrating the country’s growing naval power.

The operation was the first for the Type 055 destroyer Lhasa since its commissioning last year, according to the Communist Party tabloid Global Times.

It is accompanied by the Luyang-class Type 052D destroyer Chengdu and the Type 903 oiler Dongpinghu, the paper said, citing Japan’s Defense Ministry. The Sea of Japan lies to the north of China between the Japanese archipelago, Sakhalin Island, the Korean Peninsula and the Russian Far East mainland.

Japan’s Defense Ministry said the three ships were spotted about 200 kilometers (120 miles) west of Fukue island in Nagasaki on Sunday traveling east toward the Sea of Japan.

It said it also spotted a Dongdiao-class intelligence ship on Sunday operating near the Tsushima Strait which later sailed into the Sea of Japan.

China’s navy has been building ships at a furious pace and now boasts the largest naval force in the world by number of hulls.

Those ships have been growing in sophistication as well, with the Type 055, also known as the Nanchang class, featuring a stealthy design and packing air-defense missiles and anti-ship and anti-land cruise missiles, as well as torpedoes.

China is believed to have commissioned five out of a planned first batch of Type 055 destroyers.

The US military categorizes the Type 055 as a Renhai-class cruiser and sees them partly as a carrier escort. China operates two aircraft carriers with the launch of a third believed to be imminent.

Citing military experts, Global Times said the destroyer was part of China’s military buildup aimed at deterring a foreign intervention in the event of an attack on Taiwan, the self-governing island China claims as its own and threatens to annex by force.

Such a conflict would almost certainly draw in the United States, which provides Taiwan with defensive weapons and is legally required to treat threats to the island as matters of “grave concern,” along with its treaty allies, the most important and closest in geographical proximity being Japan.