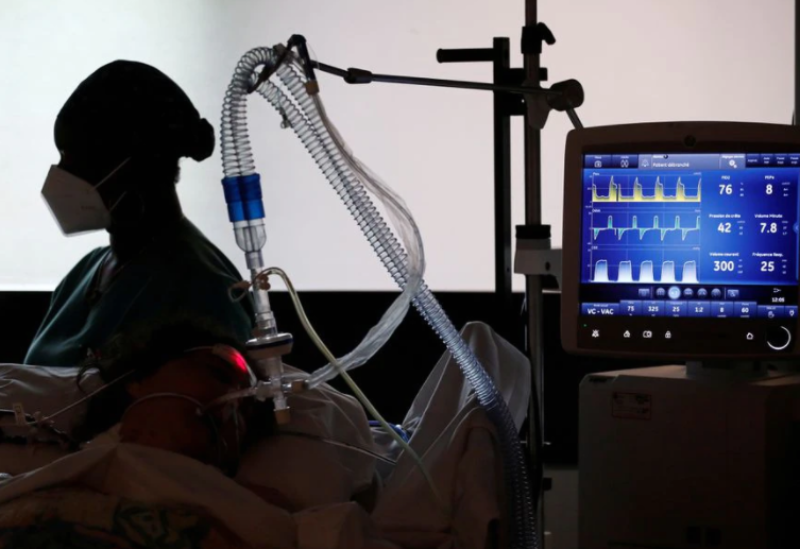 France recorded more than 30,000 new COVID-19 infections over 24 hours for the first time since August as the pace of infection sped up despite new social distancing measures and a drive to boost vaccinations.

The health ministry reported 30,454 new cases on Tuesday, pushing the cumulative total above 7.45 million and the seven-day moving average of new infections over 20,000 for the first time since Aug. 24.

“Today, we will announce 30,000 cases over 24 hours. That is a very major increase in the infection rate, which shows that we really are, unfortunately, in a fifth wave of the epidemic,” Health Minister Olivier Veran told lawmakers on Tuesday, flagging the surge ahead of publication of the numbers.

The daily new cases were up 54% compared with last Tuesday and the week-on-week increase in new cases has been well above or nearly at 50% for 11 days in a row.

Last week, France’s health regulator said a third dose of vaccines should be extended to everyone aged over 40, and from Nov. 15 the government made mask-wearing compulsory in all primary schools again.

The number of patients in intensive care units in France on Tuesday rose to 1,455, up by 49 from Monday, while new recorded COVID-19-related deaths rose by 84.

The 30,000 new cases will push France’s closely watched incidence rate – the number of new cases per week per 100,000 people – to over 200 for the first time since the end of August.

European stocks slumped to a three-week low on Tuesday, clocking their worst session in nearly two months, as a resurgence in COVID-19 cases raised fears of tighter restrictions.