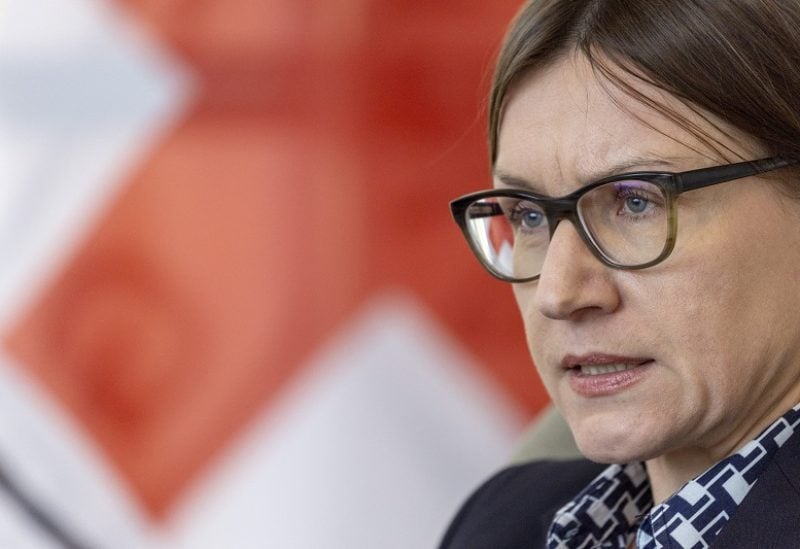 Speaking at ICRC headquarters just days after returning from Ukraine, the new head of the International Committee of the Red Cross on Wednesday said she was prepared to go to Moscow to discuss access to prisoners of war (POWs).
Mirjana Spoljaric, who took the ICRC reins in October, told reporters in Geneva she had personally been “speaking with Russian counterparts.”
“I intend to go to Moscow, when the moment is there,” she said.
Spoljaric said the organization was intent on gaining access to POWs taken by both sides since Russia launched its full-scale invasion last February.
“We are in daily conversations at different levels, because access to prisoners of war is an ongoing engagement,” she said.
“There is never a suspension or an end to that.”
Visiting POWs is core to the ICRC’s mission enshrined in the Geneva Conventions, which define the laws of war.
The organization has been repeatedly criticized by Ukrainian President Volodymyr Zelensky on the ultra-sensitive subject of POW visits.
He has accused the organization of not pushing hard enough to gain access to Ukrainian troops captured by Russian forces.
Responding indirectly to that criticism, Spoljaric stressed the difficulty of the task and the dangers facing ICRC teams on the ground when visiting prisoners.
“If the ICRC doesn’t come, it is not a choice,” she insisted.
“We have to receive adequate guarantees and competent reassurances that our convoys will not be hit while trying to get to these facilities.”
The ICRC has long complained that it lacks sufficient access to those held by the warring parties and while it said last week there had been some progress, Spoljaric said far more was needed.
“We are determined to access all prisoners, no matter where they are,” she said, adding, “We also want to access civilians detained.”
She stressed it was vital that ICRC teams are not just allowed to go into each detention facility once, but that they are given repeated access.
Asked about the potential for a prisoner exchange of all detainees on both sides, the ICRC president would not comment on whether such a move was being discussed.
But she highlighted that large-scale prisoner swaps have happened in past conflicts.
“It’s not something which the ICRC can predict or can comment on but as a possibility it is certainly there,” she said, pointing out that past prisoner exchanges had proved to be a powerful confidence building measure.
“And very often, an all for all exchange constitutes the first step to a broader agreement.”