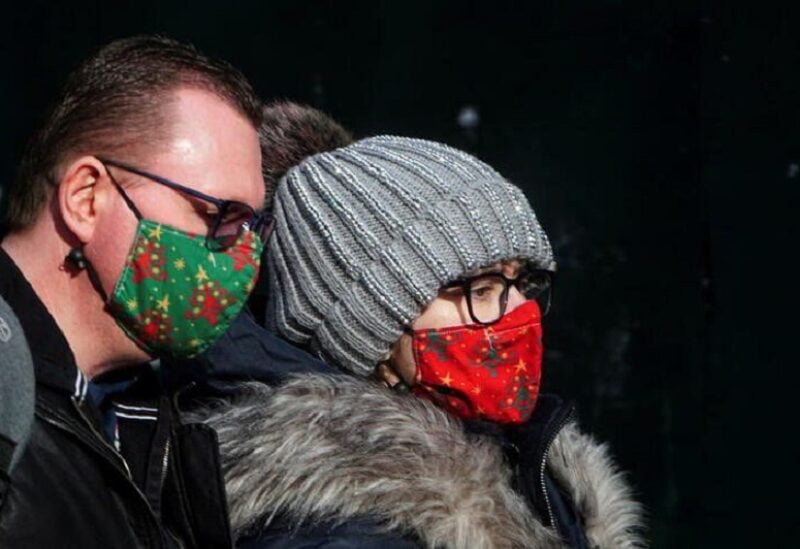 The governors of New York and Massachusetts announced on Wednesday that they would end certain mask mandates in their states, joining a growing list of U.S. state leaders planning to lift face-covering rules as the latest COVID-19 surge eases.

New York Governor Kathy Hochul said her state would stop requiring people to wear a mask or prove they had received a COVID-19 vaccine when entering most indoor public places, starting on Thursday, thanks to a decrease in COVID cases and hospitalizations.

“This is what we have been waiting for, tremendous progress after two long years,” Hochul, a Democrat, said at a news conference. “We’re not done, but this is trending in a very, very good direction.”

In New York City, the United States’ most populous city, a requirement that people show proof of vaccination to enter restaurants, gyms, theaters and other indoor places will remain in effect for the time being, the office of Democratic Mayor Eric Adams said.

In Massachusetts, students, teachers and staff will no longer be required to wear masks in schools after Feb. 28, Governor Charlie Baker told a news briefing on Wednesday.

Baker, a Republican, said Massachusetts had “far more tools available to us to deal with the pandemic than we had at the beginning,” noting that children are unlikely to become seriously ill from COVID-19 and that his state has the country’s second highest child vaccination rate.

New York state officials will decide whether to keep the state’s school mask mandate in place during the first week of March, after students return from midwinter break. That decision will take into consideration case numbers, positivity rates and other factors, Hochul said.

Mask mandates will remain in effect in state-regulated healthcare and correctional facilities, according to Hochul.

Baker said school districts in Massachusetts would still have the power to establish masking requirements, and the state’s education department would issue guidance for specific scenarios. Students who wish to continue to wear masks may do so, Baker said.

“It’s time to give our kids a sense of normalcy,” Baker said. “COVID, like many other respiratory diseases that we’re familiar with, will be with us for the foreseeable future.”

Boston Public Schools, the state’s largest district, said it was still deciding how to respond to Baker’s move to relax mask rules. “The state rolled it out without telling us about it,” said Jonathan Palumbo, a district spokesman.

Wednesday’s announcements added New York and Massachusetts to a growing list of states that have decided to ease masking rules. Earlier this week, officials in Democratic-led New Jersey, California, Connecticut, Delaware and Oregon said they were lifting mask mandates for schools and other public settings in the coming weeks.

White House spokesperson Jen Psaki said Wednesday that all Americans should continue to wear masks in indoor settings, such as schools, to prevent the spread of COVID.

The White House is evaluating data to determine whether that policy needs to be changed, and will “continue to advise local leaders, whether they’re governors or others, to make decisions based on science and data about what’s happening in their communities,” Psaki said.

In all those instances, authorities cited the receding Omicron-fueled wave of COVID-19 infections and hospitalizations that began sweeping the United States during the year-end 2021 holiday season.

But U.S. Centers for Disease Control and Prevention Director Dr. Rochelle Walensky told Reuters on Tuesday that with cases still high nationwide, “now is not the moment” to drop mask mandates in schools and other public places.

The seven-day average of COVID-19 cases dropped 44% from the prior week to 247,300 cases per day, Walensky said on Wednesday. Average hospital admissions were down 25% from last week to about 13,000 per day and average deaths were 2,400 per day, a 3% drop from the previous week.

The relaxation of masking rules signals an inclination by politicians to take pandemic-weary residents off an emergency footing and shift toward treating the virus as part of everyday life.

Some states that have continued to push mask mandates are facing legal challenges and public protests.

On Friday, a judge in Illinois ruled Governor J.B. Pritzker, a Democrat, did not have the authority to issue a statewide school mask mandate executive order and halted it.

In Algonquin, a northwest suburb of Chicago, dozens of parents protested outside a school on Tuesday against their district’s decision to continue to require masks.

“I’m standing up for my kids,” parent Suzette Kallhoff told WGN News. “Everyone’s had time to get vaccinated, the masks haven’t made a difference with cases, the studies are shown and enough is enough.”