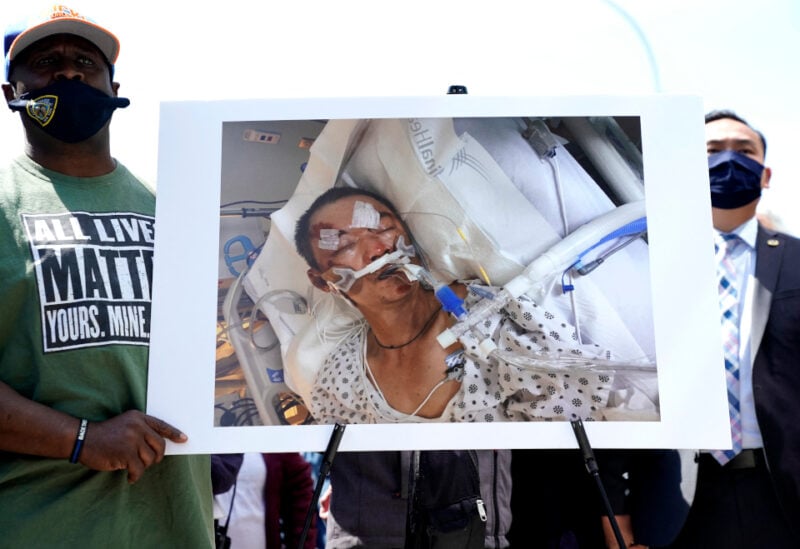 A New York City man was detained and charged on Tuesday with attempted murder in what police have classified as a hate crime against a Chinese immigrant, authorities reported.

The victim, identified by police as 61-year-old Yao Pan Ma, was attacked in the East Harlem neighborhood of Manhattan on April 23. The attack is the latest in a series of assaults targeting Asian Americans and Pacific Islanders across the nation.

A recent report by the Center for the Study of Hate and Extremism at California State University at San Bernardino revealed that crimes against Asian Americans and Pacific Islanders (AAPI) rose by 145% in 2020, even as hate crimes overall in the United States fell slightly.

In March, a shooting spree at 3 spas in and around Atlanta claimed eight lives, including 6 Asian women. Police said they have not ruled out charging the suspect with a hate crime.

Many U.S. citizens blame Asians for the COVID-19, which was first identified in Wuhan, China in late 2019. Former U.S. President Donald Trump has repeatedly referred to the coronavirus as the “China Virus” and “kung flu,” rhetoric seen by some as inflaming anti-Asian sentiment.

In the NY incident, surveillance video released by police last week shows Ma being attacked from behind, knocked down and kicked in the head several times by a lone man.

Police charged 49-year-old Jarrod Powell of New York with 2 counts of felony assault, one count of attempted murder. Police classified the attack as a hate crime but did not elaborate much.

It was unclear Tuesday if Powell had an attorney. No information on bond was available, but police said he remained in custody Tuesday evening.

Media outlets, including the People magazine and Washington Post reported that Ma was in critical condition in a medically induced coma at Harlem Hospital. A representative for the hospital told Reuters that he could not release information on the patient.

People magazine reported that Ma was a pastry chef who came to America about 2 years ago with his wife.