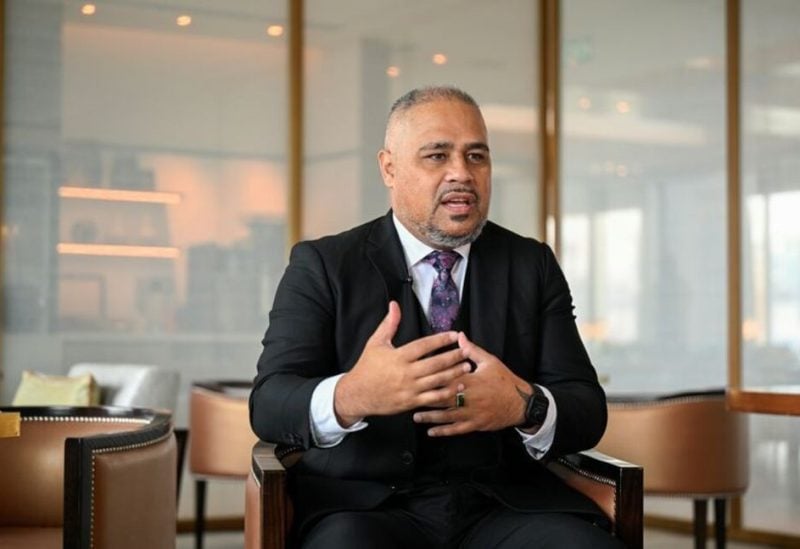 New Zealand's Minister of Defence Peeni Henare speaks during an interview with Reuters on the sidelines of the 19th Shangri-La Dialogue in Singapore June 11, 2022. REUTERS/Caroline Chia

After attending private meetings with his Ukrainian counterpart Oleksii Reznikov, Henare issued a statement saying, “We addressed New Zealand’s recent extension of the infantry training assistance mission in the UK for Ukrainian military out to July 2023.”

“Visiting Kyiv sends a strong message that … our support for the Ukrainian defensive effort against Russia’s illegal invasion is unwavering.”

Henare also visited Kyiv’s Wall of Remembrance of the Fallen for Ukraine to pay respects to victims of the war.

Since Russia’s attack on Ukraine – which Moscow calls a “special military operation” to rid its neighbour of extremists – began in February, New Zealand has sanctioned over 1,200 Russian individuals and entities. It has also provided over NZ$60 million ($37 million) in assistance.

Henare also visited Poland, where he met Defence Minister Mariusz Blaszczak, and expressed New Zealand’s condolences for the loss of life from the recent missile strike in Poland.