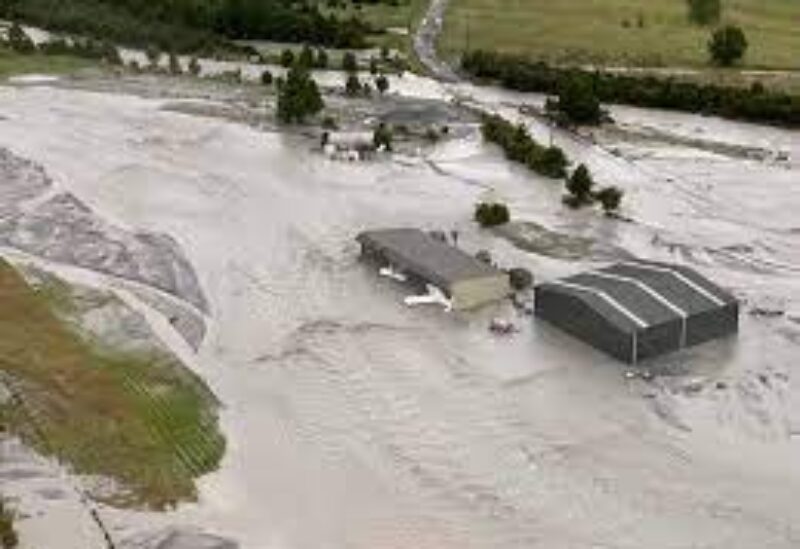 New Zealand’s military was deployed to evacuate hundreds of residents from flood-hit areas of the South Island Monday as heavy rains washed away bridges and cut roads.

Rivers burst their banks as a weather system dumped 400 millimeters (15.5 inches) of rain in two days, an amount meteorologists said exceeded the entire rainfall so far this year in some areas.

Authorities issued a rare “red” weather warning and declared a state of emergency in the Canterbury region, one of the South Pacific nation’s farming hubs.

The New Zealand Defense Force said one of its helicopters rescued three people at Ashburton, near Christchurch, plucking one man from a tree and an elderly couple from the roof of a car.

The defense force said soldiers, trucks and an ambulance were helping with the evacuation effort.

Ashburton Mayor Neil Brown said the entire town of 35,000 had been cut off.

“We have four bridges gone and a lot of damage to roads where the seal’s just been lifted off, we’ve got 17 roads that are shut… there’s a lot of damage,” he told reporters.

Local media reported about 300 homes had been evacuated, with civil defense authorities establishing shelters in schools and sports centers.

Forecasters said the weather was expected to ease overnight.

Prime Minister Jacinda Ardern is scheduled to visit the disaster zone on Tuesday.