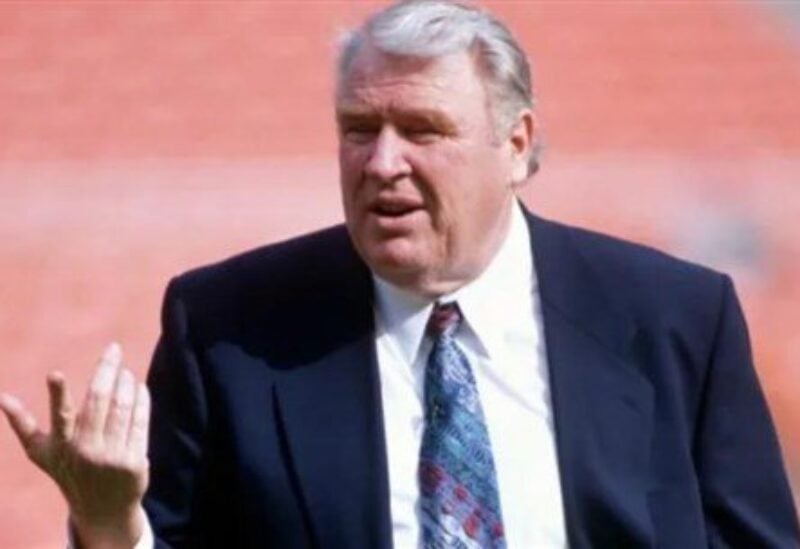 NFL commissioner Roger Goodell has asked all home teams to hold a moment of silence before each game this weekend in honor of John Madden, the Hall of Fame coach and broadcasting icon who died Tuesday. He was 85.

In a memo to all 32 teams Thursday, the league requested that each home team have the honorary silence just before the national anthem and included a suggested announcement to make over the public-address system.

“Ladies and gentlemen, earlier this week the NFL family lost a Hall of Fame coach, broadcaster and friend with the passing of John Madden,” the memo said. “At this time, please stand and join in a moment of silent reflection in memory of John Madden, who had an indelible impact of football, the NFL and generations of fans.”

Madden died unexpectedly on Tuesday, according to the NFL. No cause of death was given.

Madden won Super Bowl XI with the then-Oakland Raiders after they finished the 1976 regular season with a 13-1 record. The team won three postseason games, including a 32-14 victory over the Minnesota Vikings in the Super Bowl.

Madden went 103-32-7 in 10 seasons as the Raiders’ coach from 1969-78. He coached in seven conference title games but lost six. The Raiders won 10 or more games six times under Madden.

The pairing of Madden with Pat Summerall at CBS is regarded as the one of the top announcing duos in sports television history.

Madden was inducted into the Pro Football Hall of Fame in 2006. He also was heavily involved in the “Madden NFL” video game series, published by EA Sports since 1988.