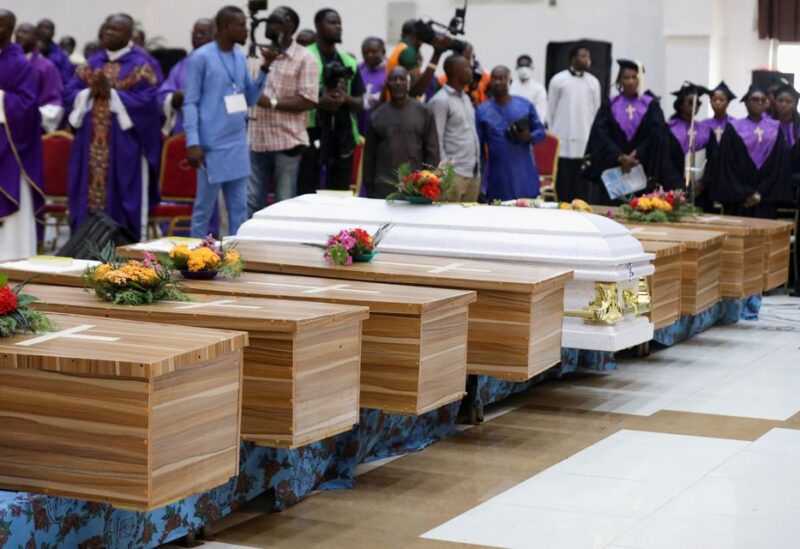 Coffins are pictured during a memorial service for victims killed during an attack by gunmen during a Sunday mass service at St. Francis Catholic Church, in Owo, Ondo, Nigeria June 17, 2022. REUTERS/Temilade Adelaja

Nigeria has arrested suspects in an Islamist militant attack on a Catholic church two months ago that killed 40 people, said Chief of Defence Staff General Leo Irabor on Tuesday.

According to Irabor, the attackers were apprehended through joint operations including the military forces, the Department of Security Services, and police, as previously reported by privately owned Channels TV.

It was not immediately clear how many suspects were taken into custody or where and when the arrests were made.

“It was my intention to present them to the public, but because of the investigation still going on, I had to change my mind,” Irabor said in a statement.

“I will like to say that in due course, the world will see them and others who are behind other daring attacks in the country.”

Nigerian authorities have said they suspect insurgent group Islamic State West Africa Province (ISWAP) carried out the massacre of members of a congregation inside the St Francis Catholic Church in the southwestern state of Ondo on June 5.