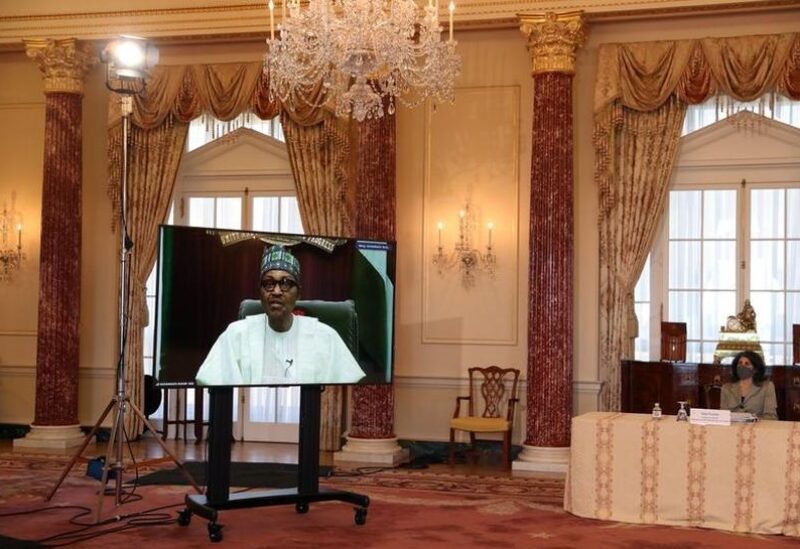 The United States should consider moving its military headquarters overseeing Africa to the continent, from Germany, to better tackle growing armed violence in the region, Nigerian President Muhammadu Buhari said on Tuesday.

Nigerian security forces face multiple security challenges including school kidnappings by armed gangs in its northwest and piracy in the Gulf of Guinea as well as the decade-long insurgency by Islamist militant group Boko Haram, which also carries out attacks in neighboring Niger, Cameroon and Chad.

West Africa’s Sahel region is in the grip of a security crisis as groups with ties to al Qaeda and Islamic State attack military forces and civilians, despite help from French and United Nations forces.

Buhari, in a virtual meeting with U.S. Secretary of State Antony Blinken on Tuesday, said U.S. Africa Command (AFRICOM), should be relocated to Africa itself.

“Considering the growing security challenges in West and Central Africa, Gulf of Guinea, Lake Chad region and the Sahel, weighing heavily on Africa, it underscores the need for the United States to consider re-locating AFRICOM headquarters… near the theatre of operation,” said Buhari, according a statement issued by the presidency.

He spoke a week after the death of the longtime president of Chad, Idriss Deby, in a battle against rebels.

Deby was an important Western ally in the fight against Islamist militants and under him Chadian soldiers formed a key component of a multinational force fighting Boko Haram and its offshoot, which has pledged allegiance to Islamic State.

“The security challenges in Nigeria remain of great concern to us and impacted more negatively by existing complex negative pressures in the Sahel, Central and West Africa, as well as the Lake Chad Region,” said Buhari, a retired major general.

AFRICOM did not immediately respond to a request for comment.