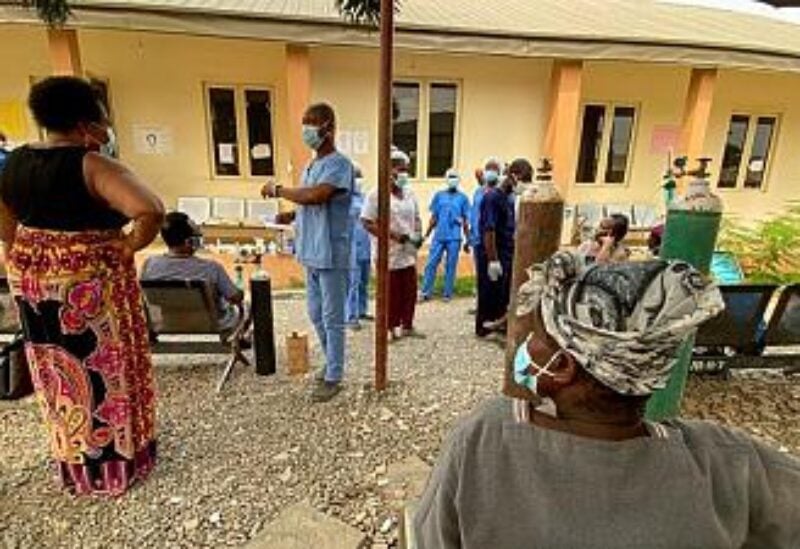 Lagos state in Nigeria is dealing with a “possible third wave” of coronavirus infections, according to its governor.

Following the discovery of the highly virulent Delta form in an incoming passenger, he warned of fines or even imprisonment for anyone who breach the guidelines to contain the virus, and said Lagos state would scale up its vaccine effort.

Nigeria, Africa’s most populous country, has fared better than the rest of the continent in terms of the COVID-19 pandemic, with little over 168,000 cases and 2,124 deaths confirmed since the outbreak began.

“We started to see a dramatic spike in the number of daily confirmed cases from the beginning of July, with the test positivity rate jumping from 1.1 percent at the end of June 2021 to 6.6 percent as of July 8th, 2021,” Lagos state governor Babajide Sanwo-Olu said in a statement. “The significant increase in less than a week raises serious concerns.”

Lagos state, home to the commercial capital, has been the epicenter of Nigeria’s COVID-19 pandemic. It has confirmed 60,366 cases since the outbreak began – nearly 36% of the country’s total.

All incoming passengers must self-isolate, while arrivals from the red-list countries of Brazil, India, South Africa, and Turkey must quarantine in a government facility.

Sanwo-Olu, on the other hand, claimed that 15 percent of red-list arrivals in Lagos state had gone missing, while officials were unable to locate 18 percent of other incoming passengers.

He threatened rule breakers with penalties like as fines, incarceration, and deportation, and said Lagos was “exploring all possibilities imaginable” to boost vaccine access.

Only 1% of citizens in Lagos state have got two doses of the new coronavirus vaccine.