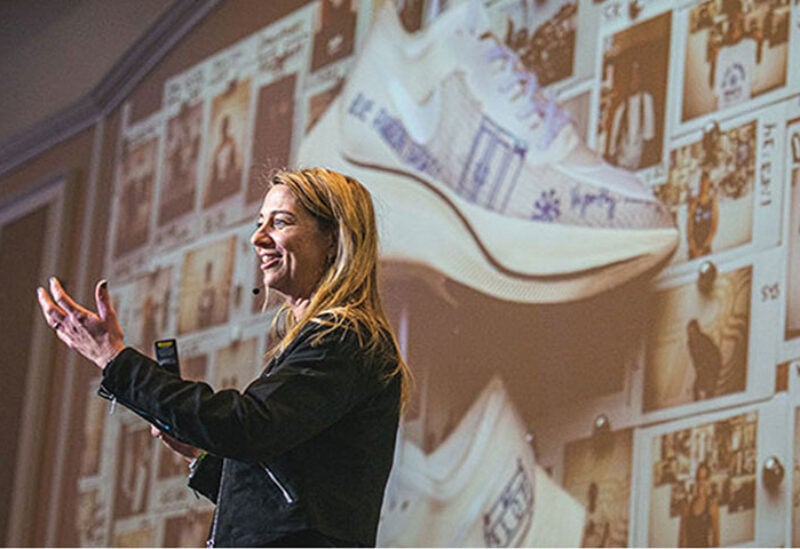 Ann Hebert, vice president and general manager of Nike’s North America division for more than 25 years, had to resign from the company after her son used one of her corporate credit cards to purchase $132,000 worth of limited-edition sneakers to resell through his own company, the New York Daily News reported.

Hebert was named in a Bloomberg Businessweek report that said her 19-year-old son, Joe Hebert, made an online purchase of 600 pairs of sneakers – the highly sought after Adidas Yeezy Boost 350 Zyon – after they were released last year.

Mr Hebert used the Nike corporate American Express credit card, which was in his mother’s name, to build up the stock of his resale business West Coast Streetwear and sold the shoes for more than $20,000 in profit, according to Bloomberg Businessweek.

Hebert called the magazine’s reporter from his mother’s number. He also sent a statement for her American Express corporate card to demonstrate revenue of his firm.

He acknowledged Hebert was his mother and told the magazine reporter that while she had inspired him as a businessperson, he had never received inside information such as discount codes from her. Hebert also requested her name not be mentioned in the story.

“Ann Hebert, VP/GM, North America geography has decided to step down from Nike, effectively immediately,” the company wrote in an email to employees, according to Comloex.com. “We thank Ann for her more than 25 years with Nike and wish her well.”