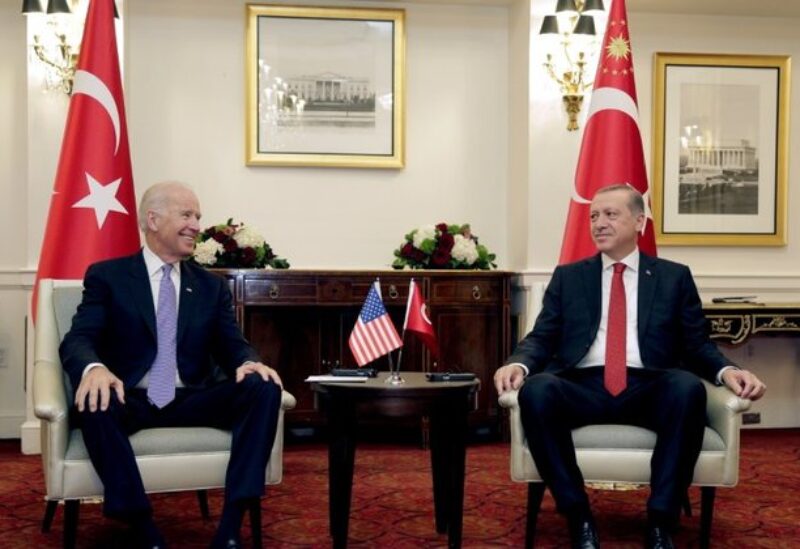 During face-to-face discussions on Monday, US President Joe Biden and Turkish President Tayyip Erdogan will discuss Ankara’s acquisition of Russian S-400 weapons, but there is little hope that they will resolve a contentious disagreement that has divided NATO.

Turkey has the second-largest military in NATO behind the US, but conflicts over Syria, human rights, the treatment of Armenians in the Ottoman Empire, and tensions in the eastern Mediterranean have all strained relations.

Since taking office in January, Biden has recognized the 1915 massacre of Armenians as genocide and stepped up criticism of Turkey’s human rights record, adopting a cooler tone towards Erdogan than his predecessor Donald Trump.

During their first direct meeting since Biden took office, the two leaders will discuss Afghanistan, Libya, and China, according to White House national security adviser Jake Sullivan. The two leaders are attending a NATO conference in Brussels.

“They’ll talk about more complex political and economic topics that have been hurdles in our partnership, including human rights-related concerns,” Sullivan told reporters as he arrived in Brussels late Sunday.

Erdogan said on leaving Turkey the same evening that he expected an “unconditional approach” from Biden to move on from past troubles.

“Turkey is not just any country, it is an allied country. We are two NATO allies,” he told reporters.

“There are many issues regarding defense industry that were left on the table. The most important one of these is the F-35 issue,” Erdogan said of Washington’s decision to remove Turkey from a fighter jet programme.

One area where Erdogan hopes to showcase a central Turkish role in the NATO alliance is in Afghanistan, where Turkey has offered to guard and operate Kabul airport to secure access to the country after the U.S.-prompted NATO withdrawal.

However, with so many points of conflict, there is little chance of a significant breakthrough in the fragile relationship.

“While both parties are expected to pursue some pragmatic engagement and neither is eager in a clash,” consultancy Teneo wrote ahead of the discussions, “the meeting will not reward Erdogan with any major payoff.”

“None of the major friction points will be resolved, implying that relations between the United States and Turkey will remain difficult and tense.”