No future for women like me, says exiled Afghan soccer player 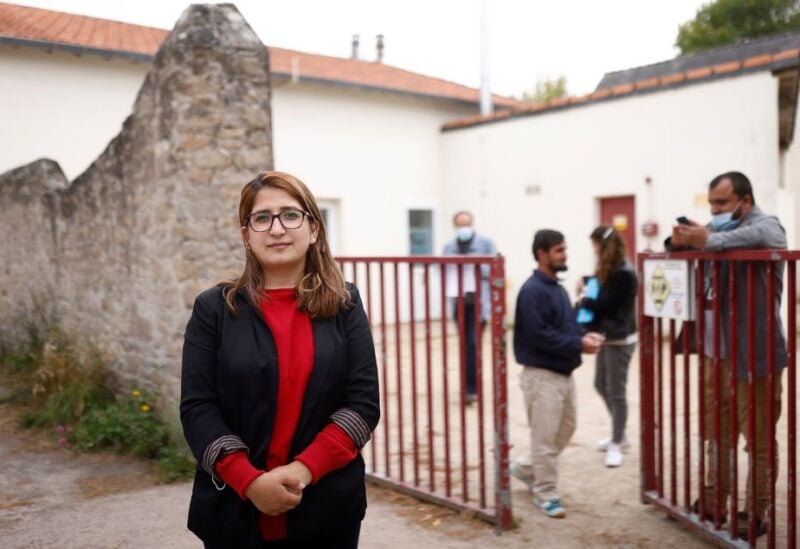 As a former player in the Afghanistan women’s national soccer team, Fanoos Basir saw no future for herself under Taliban rule.

She fled, and is now in a reception center for refugees in France, mourning the life she left behind.

“We had lots of dreams for our country, for our future, for the future of women in Afghanistan,” she said outside the reception centre, where she arrived after being evacuated from Kabul on a French-organized flight.

“This was our nightmare, that the Taliban would come and capture all of Afghanistan,” she said. “There is no future for women… for now.”

The last time the Taliban ran Afghanistan, women were barred from taking part in sport, or from working outside the home, and had to cover themselves from head to toe when in public.

The Islamist movement was ousted in the U.S.-led invasion in 2001, but 20 years later has taken power again and forced out a foreign military mission, leading to the evacuation of tens of thousands of vulnerable Afghans. The last flights left on Monday.

In 2010, Basir had joined a fledgling national soccer team that trained in a dilapidated stadium and started to take part in tournaments abroad.

Pictures of her in her playing days show Basir, in football gear, her head frequently uncovered, smiling and with her arms draped around her teammates.

Now the Taliban is back, the national soccer team is shut down. A large contingent of current players and staff were evacuated on board an Australian military aircraft.

A former captain of the team urged players still in Afghanistan to burn their sports gear and delete their social media accounts to avoid Taliban reprisals.

Basir, who is 25, stopped playing for the national team several years ago, and has since run a club side for women. She also worked as a civil engineer.

She said that when the Taliban took control of the capital, Kabul on Aug. 15, she did not go outside for days. When she did venture out, she wore a burqa covering her face and body.

Besides women’s soccer being now out of the question, Basir said she faced having to give up her job.

Some Taliban officials have attempted to portray the group as willing to allow more freedoms for women than previously now that they are back in power. But many Afghans fear this is a facade.

The Taliban has in some places told women they can only go out with a male guardian, which Basir said would mean bringing her father or brother with her every time she went to work.

She decided to try to leave, along with her frail parents.

She spent three consecutive days without success trying to get through the crowds of people massing outside Kabul’s airport. She described seeing Taliban fighters firing their guns and beating people with sticks.

When she spoke to Taliban representatives, she said they told her: “You are a woman, we do not want to talk with you.”

Basir said she and her family had given up hope of making it, when they heard the French embassy had organized buses to pick up people eligible for evacuation, and bring them to the airport. She and her parents were able to get to the airport, and fly out.

They are now undergoing COVID-19 quarantine at the reception center, about 450 km (280 miles) west of Paris.

Eventually, she said, she hoped she could work as a civil engineer in her new home. But for now, she felt she was in limbo.

“Leaving our country, our dreams, everything, is so hard for everyone,” she said. “Now we will start from zero.”