No masks, few takers for boosters: Current COVID-19 surge in the US has experts worried 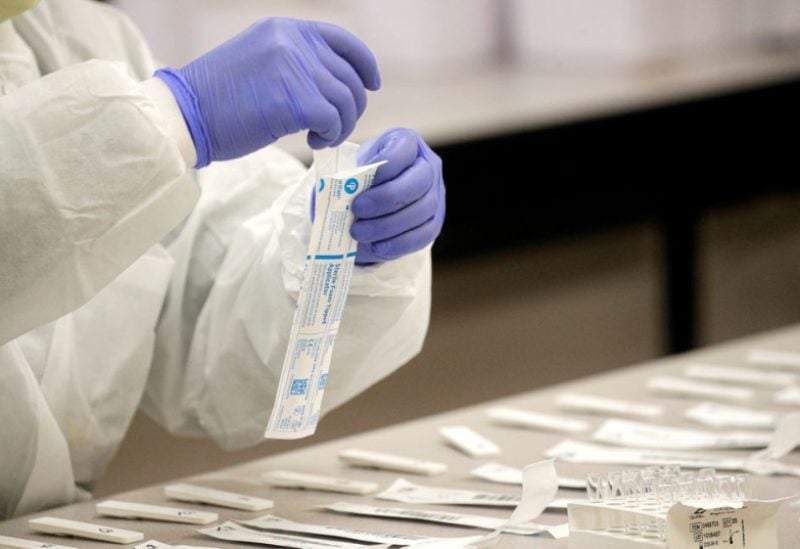 Once again the evolution of new sub-variants of the Omicron variant of COVID-19 has led to a surge in cases in the US. Hospital admissions are up and currently at the fourth-highest rate of the pandemic, according to the US Centers for Disease Control and Prevention (CDC).
While the new sub-variants have increased transmissibility and the ability to evade some antibodies, proper masking, ventilation, boosters and other precautions have also helped curtail the spread of the disease, experts say. However, people aren’t as open to antivirals and masking is not a mandate any more, causing vaccination and testing to make a return amidst the winter surge.

“Hospitals are at maximum capacity,” Brendan Williams, president and CEO of the New Hampshire Health Care Association, told Guardian about his region’s current rates. “I’m not sure what the trajectory of this thing’s going to be, but I am worried.”
The majority of those being hospitalised for COVID are aged 65 and older. However, the share of children under four roughly doubled in 2022.

Neil Sehgal, an assistant professor of health policy and management at the University of Maryland School of Public Health, told Guardian, “Certainly it does not appear that we are peaking yet.”
Omicron sub-variants BQ.1.1 and BQ.1 as well as the quickly expanding XBB.1.5 make up the majority of cases in the country. The north-east has the highest proportion of cases, where more than 80 per cent of cases are estimated to be from the XBB.1.5 sub-variant.

“With XBB, there’s such a significant transmission advantage that exposure is really risky, it’s riskier now than it’s ever been” in terms of transmissibility, Sehgal said.

While at-home test kits have meant that the official number hasn’t risen as fast, among the tests reported, the positivity rate stands at 16 per cent.

The good news is that hospitalisations are nowhere near the previous peaks seen earlier in the pandemic. Experts attribute it to immunity from vaccinations and previous infections.

But data suggests that immunity wanes over time and people should go for the updated bivalent boosters that are highly effective at reducing the risk of severe disease and death. Sadly, only 15.4 per cent of Americans over the age of five have received the new boosters.