No Syrian ‘Mercenaries’ in Russia’s War on Ukraine ‘So Far’ 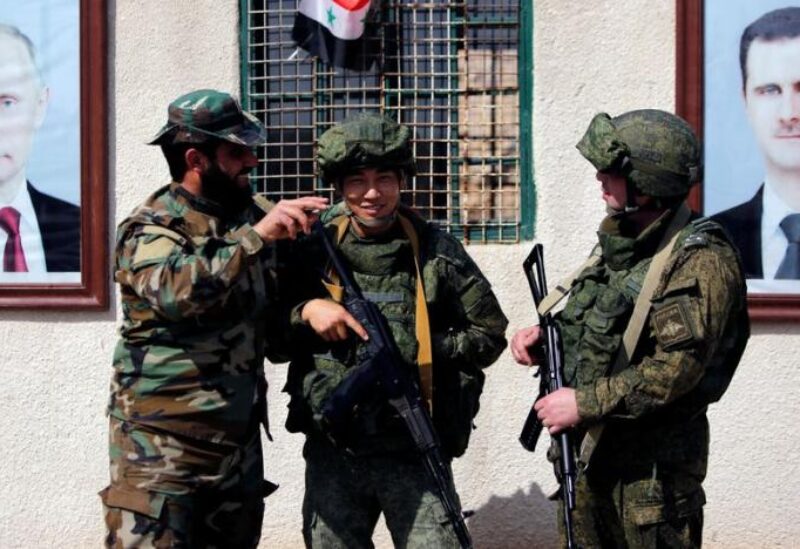 Syrian and Russian soldiers are seen at a checkpoint near Wafideen camp in Damascus, Syria

The Syrian “mercenaries” who Russia recruited and transferred to Ukraine have not yet participated in any of its military operations there, a London-based war monitor reported.

The Syrian Observatory for Human Rights (SOHR) said the number of mercenaries is estimated at 2,000 and none has been killed in Russia’s war on Ukraine so far.

In early April, reliable sources told SOHR that batches of Syrian mercenaries completed intensive military training courses under the supervision of dozens of Russian and regime officers and regime-backed commanders.

They said they are now ready to be transported to Ukraine, precisely the eastern part, to join the war alongside Russian forces.

Intensive military training courses are carried out for Syrians who chose to be mercenaries in return for financial incentives, SOHR sources noted.

These military drills increased after the return of officers of the 25th Division, the Palestinian Liwaa Al-Quds, Al-Baath Battalion and the fifth Corps who participated in the reconnaissance tour in east Ukraine.

These officers, whose number is estimated at 260, had visited east Ukraine in mid-March and stayed for days before returning to Syria.

In June, Damascus recognized the independence of eastern Ukraine’s two separatist republics, making it the first state other than Russia to do so.

The breakaway states of Donetsk and Lugansk, whose independence Moscow recognized in February, are situated in the Donbas region at the center of Russia’s invasion and have escaped Kyiv’s control since 2014.