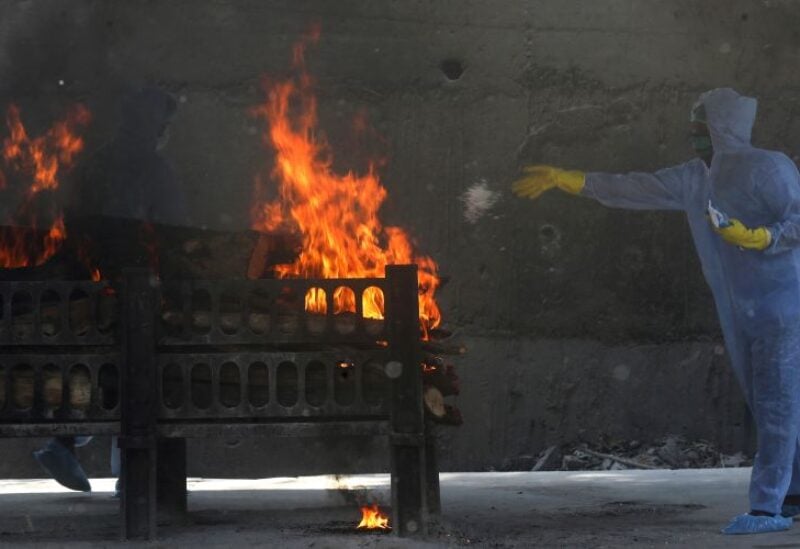 In the western indigenous state of Gujurat, gas and firewood furnaces in the crematorium have continued so long without a break, that metals started flowing during the COVID-19 pandemic.

Kamlesh Sailor, the President of the trust that runs the crematorium in the diamond-polishing city of Surat, affirmed: “We are working around the clock at 100% capacity to cremate bodies on time.”

And with hospitals full and oxygen and medicines in short supply in an already creaky health system, several major cities are reporting far larger numbers of cremations and burials under coronavirus protocols than official COVID-19 death tolls, according to crematorium and cemetery workers, media and a review of government data.

India on Monday registered a record 273,810 new daily infections and 1,619 deaths. Its total number of cases now stands at more than 15 million, second only to the United States.

Reliable data is at the heart of any government response to the pandemic, without which planning for hospital vacancies, oxygen and medicine becomes difficult, experts say.

Government officials say the mismatch in death tallies may be caused by several factors, including over-caution.

A senior state health official said the increase in numbers of cremations had been due to bodies being cremated using COVID protocols “even if there is 0.1% probability of the person being positive”.

“In many cases, patients come to hospital in an extremely critical condition and die before they are tested, and there are instances where patients are brought dead to hospital, and we do not know if they are positive or not,” the official said.

But Bhramar Mukherjee, a professor of biostatistics and epidemiology at the University of Michigan, said many parts of India were in “data denial”.

“Everything is so muddy,” she said. “It feels like nobody understands the situation very clearly, and that’s very irksome.”

In Surat, Gujarat’s second largest city, Sailor’s Kurukshetra crematorium and a second crematorium known as Umra have cremated more than 100 bodies a day under COVID protocols over the last week, far in excess of the city’s official daily COVID death toll of around 25, according to interviews with workers.

Prashant Kabrawala, trustee of Narayan Trust, which manages a third city crematorium called Ashwinikumar, declined to provide the number of bodies received under COVID protocols, but said cremations there had tripled in recent weeks.

“I have been regularly going to the crematorium since 1987, and been involved in its day-to-day functioning since 2005, but I haven’t seen so many dead bodies coming for cremation in all these years,” even during an outbreak of the bubonic plague in 1994 and floods in 2006.

Government spokesmen in Gujurat did not respond to requests for comment.

India is not the only country to have its coronavirus statistics questioned. But the testimony of workers and a growing body of academic literature suggest deaths in India are being underreported compared to other countries.

In Lucknow, capital of the populous northern state of Uttar Pradesh, data from the largest COVID-only crematorium, Baikunthdham, shows double the number of bodies arriving on six different days in April than government data on COVID deaths for the entire city.

The figures do not take into account a second COVID-only crematorium in the city, or burials in the Muslim community that makes up a quarter of the city’s population.

Crematorium head Azad, who goes by only one name, said the number of cremations under COVID protocols had risen five-fold in recent weeks.

“We are working day and night,” he said. “The incinerators are running full time but still many people have to wait with the bodies for the last rites.”

A spokesman for the Uttar Pradesh government did not respond to a request for comment.

The Lancet medical journal noted last year that four Indian states making up 65% of COVID fatalities nationally each registered 100% of their coronavirus deaths.

But fewer than a quarter of deaths in India are medically certified, particularly in rural areas, meaning the true COVID death rate in many of India’s 24 other states may never be known.

“Most of the deaths are not registered so it’s impossible to do a validation calculation,” Mukherjee said.