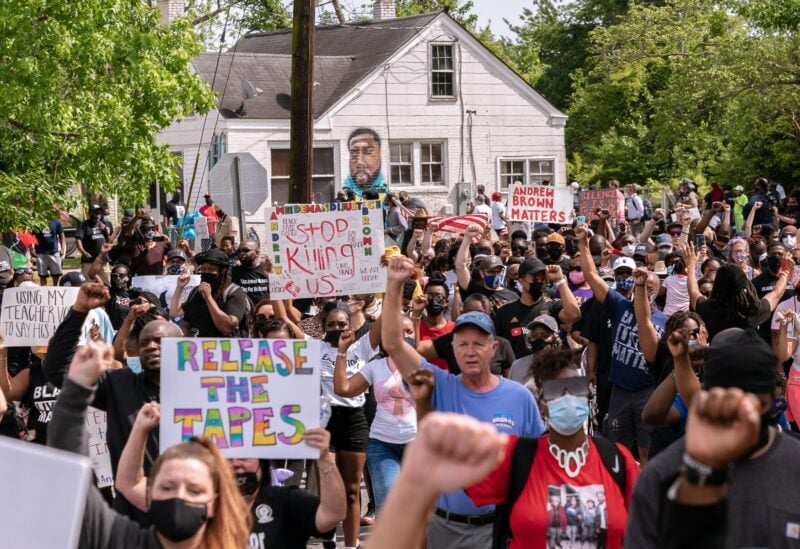 Brown, 42, was fatally shot during the morning raid at his home on April 21 in Elizabeth City, a riverfront community where just over half of the roughly 18,000 residents are Black.

“Mr. Brown’s death was justified,” Womble told reporters at a news briefing in which he also showed video taken from the body-worn cameras of the officers at the scene.

The killing under unclear circumstances has captured national attention. It occurred a day after former Minneapolis police officer Derek Chauvin was convicted of murdering George Floyd in a highly publicized trial.

The videos showed Brown ignoring police commanding him to get out of his car, which he instead drove in the direction of officers, forcing at least one of them to lunge out of the way. Police began firing at the car: one shot went through Brown’s windshield, and another five entered the car’s trunk.

Brown suffered two gunshot wounds: a non-lethal shot to shoulder and fatal shot to back of head

“Mr. Brown’s actions caused three deputies with the Pasquotank County Sheriff’s office to reasonably believe it was necessary to use deadly force to protect themselves and others,” Womble told reporters.

Womble said Brown was known to officers as having a long history of arrests and convictions dating back to 1995, including assault with a deadly weapon.