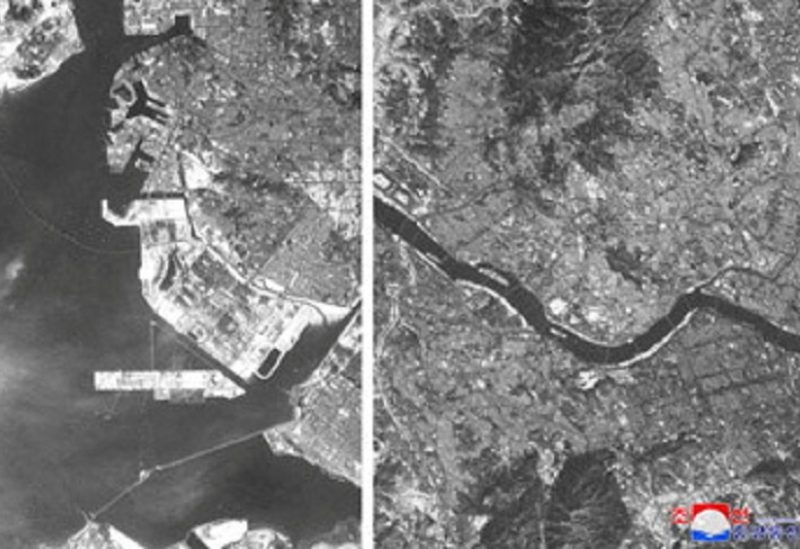 Imagery during what appears to be a test related to the development of a reconnaissance satellite in this undated photo released on December 19, 2022 by North Korea's Korean Central News Agency (KCNA). KCNA via REUTERS ATTENTION EDITORS - THIS IMAGE WAS PROVIDED BY A THIRD PARTY. REUTERS IS UNABLE TO INDEPENDENTLY VERIFY THIS IMAGE. NO THIRD PARTY SALES. SOUTH KOREA OUT. NO COMMERCIAL OR EDITORIAL SALES IN SOUTH KOREA.

North Korean state-run media reported on Monday, that the country has launched a test satellite on Sunday in the final stage of a plan to get a spy satellite into space by April next year.

The country’s leader Kim Jong Un has previously highlighted the importance of acquiring spy satellites among an array of military capabilities he considers essential to defend against the US and its allies.

South Korea, Japan and the US reported ballistic missile launches from the area of Tongchang-ri in northwestern North Korea on Sunday.

Pyongyang’s official Korean Central News Agency (KCNA) released black and white photos showing what appeared to be pictures of Seoul and nearby Incheon taken from space.

‘Important’ step for spy satellite program
The test launch was conducted with a mock satellite that was carrying several cameras along with a control device, receivers and image transmitters.

The National Aerospace Development Administration (NADA), which ran the launch, called the results “an important success which has gone through the final gateway process of the launch of reconnaissance satellite.”

A spokesperson for NADA told KCNA, “We confirmed important technical indicators such as camera operating technology in the space environment, data processing and transmission ability of the communication devices, tracking and control accuracy of the ground control system.”
Soo Kim, a security analyst at the California-based RAND Corporation, told the Associated Press that the first images were lacking the quality needed for military use.

It conducted a record number of test launches earlier in the year, with some capable of reaching as far as the US mainland in addition to South Korea and Japan.

On Friday, North Korea carried out a missile test with a high-thrust solid-fuel engine which it is believed would enable the country to fire off more mobile ballistic missiles more quickly.

Pyongyang also passed legislation permitting the use of a preemptive nuclear strike in a myriad of scenarios.

The tests have been a cause for concern and condemnation in neighboring South Korea and Japan as well as in the US, but protection from UN Security Council members Russia and China has prevented any retaliatory UN sanctions.