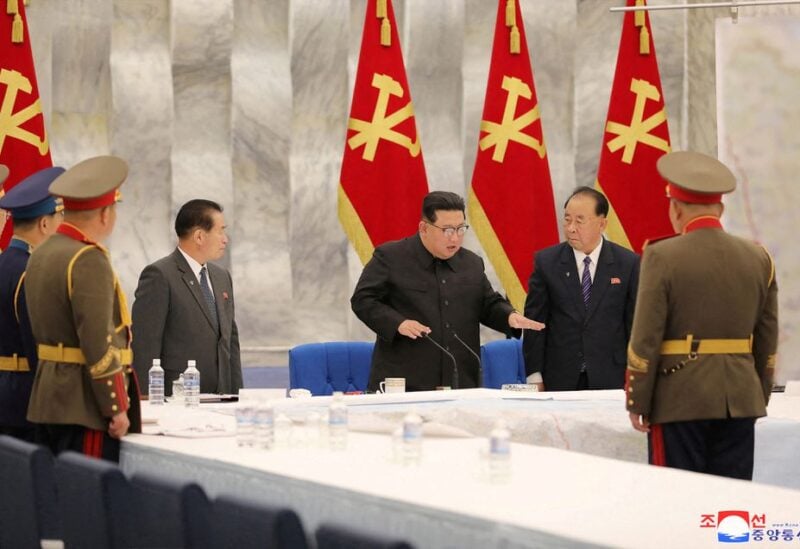 North Korean leader Kim Jong Un attends a convocation of the Expansion of the Central Military Commission of the Workers' Party of Korea in this photo released by the country's Korean Central News Agency (KCNA) June 23, 2022. KCNA via REUTERS

On the 72nd anniversary of the start of the Korean War and amid escalating tension on the Korean Peninsula, North Korea on Saturday denounced “aggression measures” by Washington and Seoul and vowed to get revenge.

Yoon Suk-yeol, the president of South Korea, and Joe Biden, the president of the United States, agreed in May to send out more American weaponry if required to discourage the North amid fears that it may be getting ready to perform its first nuclear test in five years.

The North’s state news agency KCNA said on Saturday a number of workers’ organisations had held meetings to “vow revenge on the U.S. imperialists”, blaming the United States for starting the 1950-1953 Korean War.

The war ended in an armistice rather than a peace treaty, meaning U.S.-led U.N. forces are still technically at war with North Korea.

According to the KCNA report, Pyongyang denounced Washington over what it called “aggression moves” carried out with South Korea and Japan, and said the U.S. push to deploy “strategic assets” on the South was aimed at provoking another war.

“Such insolent behaviour of the U.S. fans the anger and revenge of the Korean people,” KCNA said.

Marking the war anniversary in Seoul, Yoon pledged to do his utmost to protect freedom and peace.

“We will maintain strong security posture based on South Korea-U.S. alliance and a strong military backed by science and technology,” he wrote on Facebook.

Saturday’s anniversary came amid concerns Pyongyang could conduct what would be its seventh nuclear test, which U.S. and South Korean officials have said could take place “any time” now..