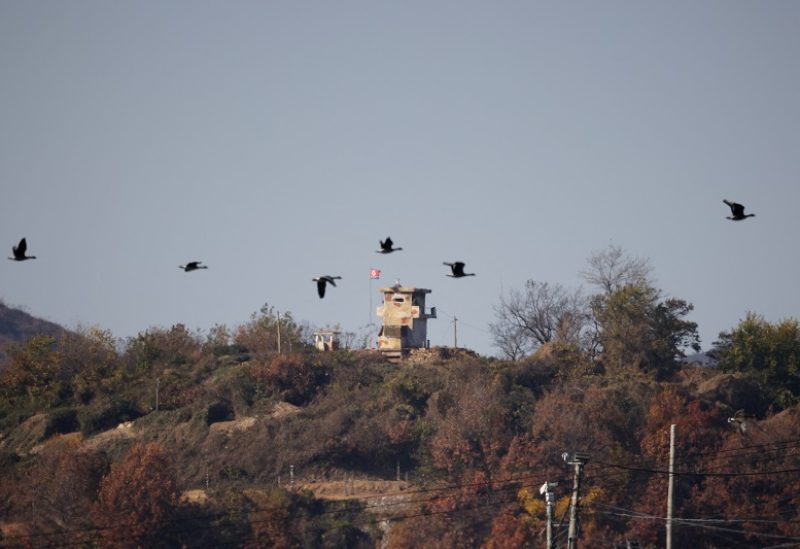 In response to ongoing joint air drills between South Korea and the US that have heightened tensions on the Korean Peninsula, North Korea fired three more short-range ballistic missiles toward the East Sea. local media reported on Friday.

On Wednesday, North Korea launched more than a dozen missiles, one of which landed across its de facto maritime border with South Korea for the first time since the end of the 1950-53 Korean War.

The latest missiles launch followed a statement by Pak Jong-chon, secretary of the Central Committee of North Korea’s ruling Workers’ Party, who strongly reacted to Washington and Seoul’s decision on Thursday to extend its ongoing five-day largest air drills “Vigilant Storm” for one more day, which began on Monday.

“It is a very dangerous and false choice,” Pak said.

“The irresponsible decision of the U.S. and South Korea is shoving the present situation caused by provocative military acts of the allied forces to an uncontrollable phase,” he added.

He warned that the US and South Korea get to know what an “irrevocable and awful mistake they made.”

Some 240 aircraft from South Korea and the US are taking part in the exercises.

The combined air drills were first held in 2015 and were later suspended by the administration of then-President Moon Jae-in in 2018 as part of a drive for inter-Korean reconciliation.

The Australian air force is also participating in the exercises this time.