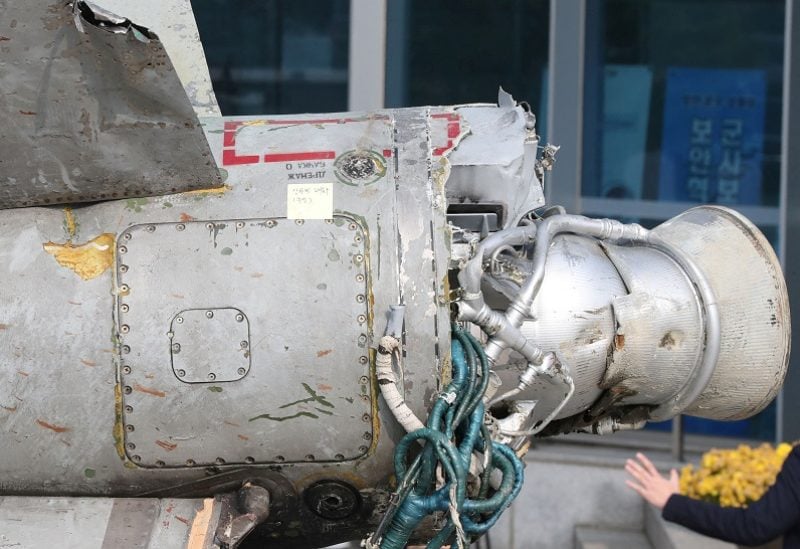 Debris of a North Korean missile salvaged from South Korean waters that was identified as parts of a Soviet-era SA-5 surface-to-air missile is seen at the Defense Ministry in Seoul, South Korea, November 9, 2022. Yonhap via REUTERS ATTENTION EDITORS - THIS IMAGE HAS BEEN SUPPLIED BY A THIRD PARTY. SOUTH KOREA OUT. NO RESALES. NO ARCHIVE.