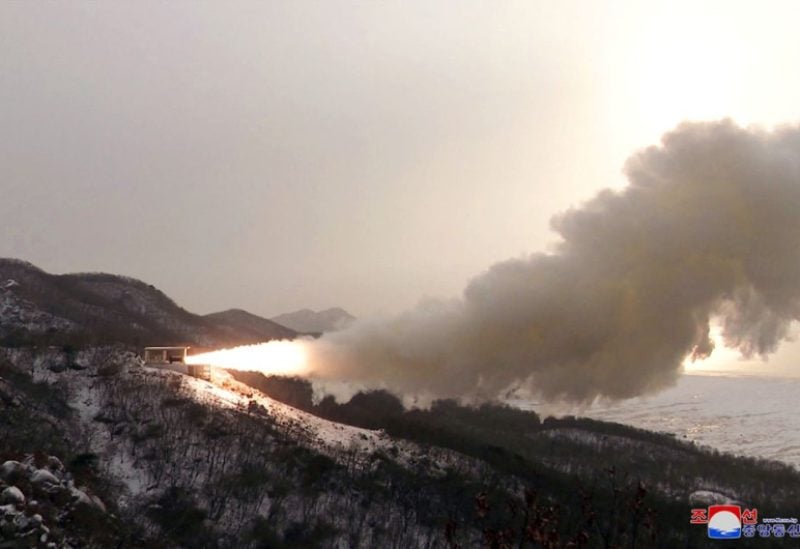 A view of a "high-thrust solid-fuel motor" test to develop a new strategic weapon, at the Sohae Satellite Launching Ground in Tongchang-ri, North Korea, December 15, 2022, in this photo released by North Korea's Korean Central News Agency (KCNA). KCNA via REUTERS

North Korea had fired two ballistic missiles, said the South Korean military. This is latest in the recent flurry of missile launches North Korea has carried out defying sanctions.
“Our military spotted two short-range ballistic missiles launched by North Korea into the East Sea from the Sunan area of Pyongyang at around 16:32 (0732 GMT) today,” South Korea’s Joint Chiefs of Staff said, referring to the body of water also known as the Sea of Japan.
This year has been unprecedented with respect to number of weapons tests by North Korea. Just last month, the country carried out its most advanced international ballistic missile test.
The powerful sister of leader Kim Jong Un also insisted earlier this week that the North had developed advanced technologies to take images from space using a spy satellite.
The tests have attracted condemnation and criticism from USA and South Korea.
The two countries held a joint air drill on Tuesday, and deployed a US B-52H strategic bomber to the Korean peninsula, the South Korean Joint Chiefs of Staff said in a statement.
The long-range heavy bomber was part of an exercise that included the US and South Korea’s most advanced jets — including the F-22 and the F-35 stealth fighters.
Friday’s launch came hours after the White House said Pyongyang had delivered arms to the Russian private military group Wagner.
Disclosing the delivery on Thursday US time, the White House called Wagner a “rival” for power to the defense and other ministries in the Kremlin.