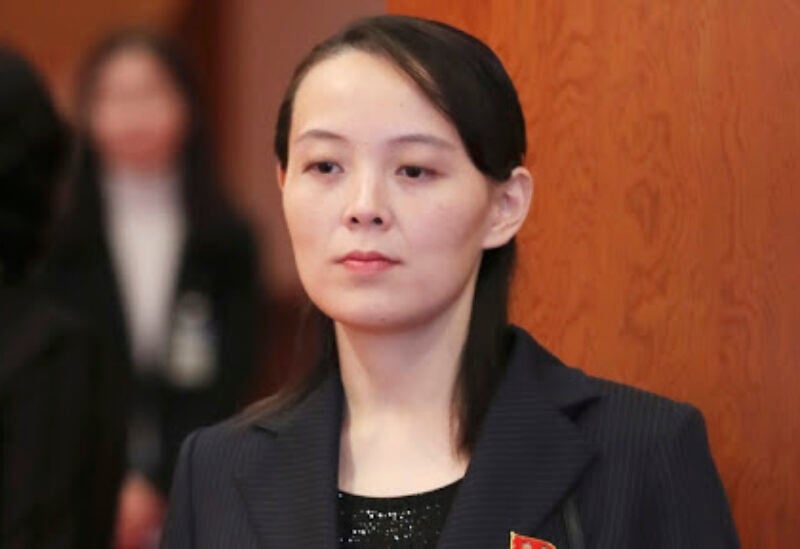 Kim Yo Jong, the sister of North Korean leader, criticized ongoing military drills in South Korea, warning the new U.S. administration that the smell of cordite wafting over the border would not help bring peace, state news reported on Tuesday.

Kim’s statement was the North’s first public message to Washington since U.S. President Joe Biden took office in January. It was delivered a day before U.S. Secretary of State Antony Blinken and Defense Secretary Lloyd Austin are set to arrive in Seoul for their first talks with South Korean counterparts.

“We take this opportunity to warn the new U.S. administration trying hard to give off powder smell in our land,” Kim said in a statement carried by state news agency KCNA. “If it wants to sleep in peace for the next 4 years, it had better refrain from causing a stink at its first step.”

For all the imagery of Kim’s words, the joint springtime military drill kicked off last week was limited to computer simulations because of the COVID-19 risk as well as the ongoing efforts to engage with the North.

But her message was clear.

“War drills and hostility can never go with dialogue and cooperation,” Kim Yo Jong said.

When asked about Kim Yo Jong’s statement, Blinken told a briefing in Tokyo that he was aware of her comments, but that he was more interested in hearing what America’s allies and partners think about North Korea.

Blinken and Austin are travelling in Asia this week for foreign policy and security talks with allies in Japan and South Korea, among other stops.

The new U.S. administration is expected to wrap up a review of North Korea policy in coming weeks. And Blinken said the U.S. is considering whether additional pressure on North Korea could be effective.