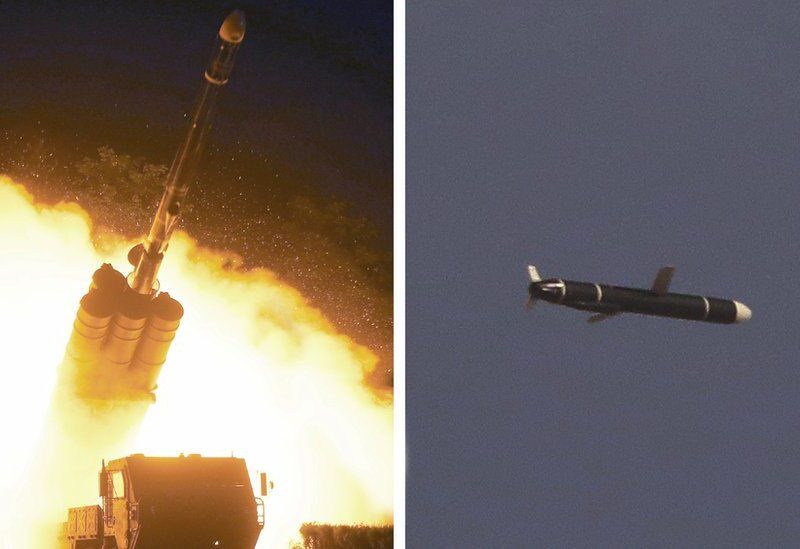 North Korea has tested a new long-range cruise missile capable of hitting much of Japan, state media said on Monday.

It suggests North Korea is still capable of developing weapons despite food shortages and an economic crisis. The US military said the latest tests posed threats to the international community, and neighboring Japan said it had “significant concerns”.

A picture in the North Korean Rodong Sinmun newspaper showed a missile being fired from a launch vehicle, while another could be seen in horizontal flight.

The missiles are “a strategic weapon of great significance”, the KCNA agency said.

It added that the tests were carried out on Saturday and Sunday, with the missiles hitting their targets before falling into North Korea’s territorial waters. It is the country’s first long-range cruise missile that could possibly carry a nuclear warhead, according to North Korea analyst Ankit Panda.

So is this a big deal? Yes and no.

The reason some may shrug this missile test off is because it was a cruise missile. This type of missile isn’t subject to UN Security Council sanctions which are in place to curb North Korea’s nuclear program.

Some may view this as a low-level provocation from Pyongyang – perhaps testing the waters to see what reaction it gets. It certainly didn’t make the top headline in South Korea, nor did it make the front page of North Korea’s state newspaper.

The problem is that North Korea is once again proving that it can develop new and dangerous weapons despite being subject to strict international sanctions.

These cruise missiles fly low and are difficult to detect, and a range of 1,500km would put much of Japan in range. State media also describes these missiles as “strategic” which usually means that the regime hopes to put a nuclear warhead on it.

Analysts aren’t sure yet if North Korea can miniaturize a nuclear warhead to fit on a cruise missile. However given how many advances the secretive state has made so far, no one would bet against it.

Pyongyang may have been quiet since talks between former US President Donald Trump and Kim Jong-un broke down in Hanoi in 2019. But that doesn’t mean their weapons developers have not been busy.

Japan’s chief cabinet secretary Katsunobu Kato said “Japan has significant concerns” and was working with the US and South Korea to monitor the situation.

The US military, meanwhile, said the test showed North Korea’s “continuing focus on developing its military program”, adding that its commitment to defending allies South Korea and Japan “remains ironclad”.

Top-level officials from the three countries are due to meet this week to discuss North Korea’s denuclearization process. South Korea’s military is also doing an in-depth analysis of the launches with US intelligence authorities, the news agency Yonhap reports.

The US has been calling for North Korea to give up its nuclear weapons, and Pyongyang’s relationship with President Joe Biden’s administration has so far been fraught with tension.

Japan and North Korea also have enduring tensions rooted in Japan’s 35-year colonization of Korea, Pyongyang’s pursuit of nuclear and missile programs, and the North’s past abduction of Japanese citizens.

The latest launch comes just days after a scaled-down military parade was held in Pyongyang to mark the communist state’s 73rd founding anniversary.

It did not display any major ballistic missiles, however it did feature workers in hazmat suits which may have been a sign that a special force has been created to help prevent the spread of Covid-19. North Korea has spent more than a year in isolation. It cut-off most trade with its closest ally China during the pandemic, and its economy is thought to be in a dire state.

In March, the country defied sanctions and tested ballistic missiles, which triggered a strong rebuke from the US, Japan and South Korea.

And last month the UN atomic agency said North Korea appeared to have restarted a reactor which could produce plutonium for nuclear weapons, calling it a “deeply troubling” development.