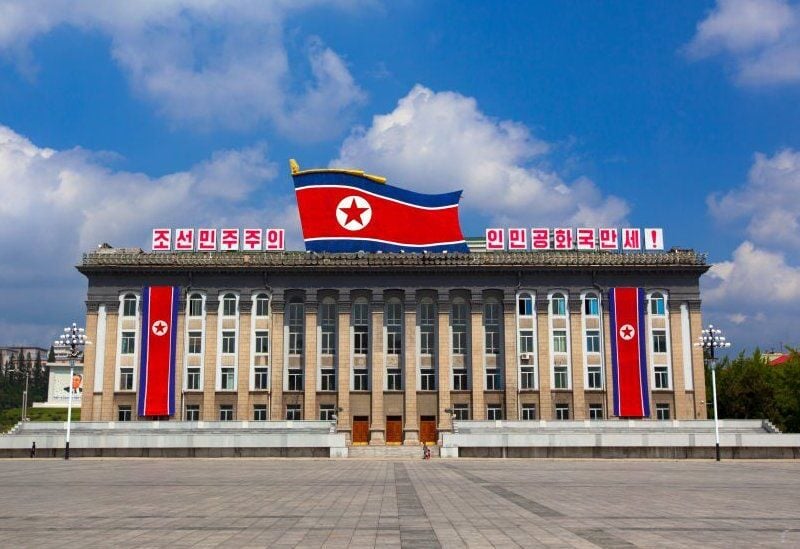 North Korea’s Covid response has been among the most proactive and secrecy-laden in the world, with the country closing its borders in January 2020, banning tourists, and taking other measures. Last month, Kim Jong-un said his country was facing its “worst-ever situation” as a result of economic losses caused by the pandemic and other factors.

Rodong Sinmun, the official newspaper of North Korea’s ruling Workers Party, has warned citizens to stay vigilant for “strange objects” flying over the border from the south, and suggested that they may be infected with the coronavirus.

“Even when we come across a strange object flying in the wind, we must consider them a possible route of transmission of the malicious virus rather than a natural phenomenon,” the newspaper warned, referring to the coronavirus, in an article dedicated to the country’s anti-epidemiological efforts.
The paper urged citizens to be on the lookout, and stressed that while many countries have developed vaccines and begun mass vaccinations to tackle Covid, strains of the virus are constantly mutating, potentially making vaccines ineffective in preventing the virus’s spread.

Also Thursday, South Korean media reported that ROK police had raided the office of activists engaged in the sending of hundreds of thousands of propaganda leaflets toward North Korea via balloons, in contravention of a recently-passed law outlawing such activities for fear of provoking a response from Pyongyang.

Between 25 and 29 April, activists from the so-called ‘Fighters for a Free North Korea’ were accused of using 10 large balloons to send 500,000 leaflets to North Korea, 500 booklets and 5,000 one dollar bills.

Pyongyang blasted Seoul over the balloon deployment earlier this week, with Kim Jong-un’s sister, Kim Yo-jong, saying authorities “regard the maneuvers committed by the human scum in the south as a serious provocation against our state and will look into an action corresponding to them.”

Seoul introduced the leaflet ban in March after reports that they helped cause the major cooling of ties between the two Koreas after months of careful efforts and patient diplomacy between Chairman Kim and President Moon Jae-in last year.

Russia’s ambassador to North Korea Alexander Matsegora revealed that the crisis in ties – which prompted Pyongyang to blow up a liaison office on the border, was caused in part by extremely crude propaganda leaflets launched into the north from the south containing provocative imagery aimed at Kim Jong-un’s wife, Ri Sol-ju which reportedly caused “serious outrage” among the leadership in Pyongyang upon discovery.

North Korea has taken the concept of social isolation to a new level amid the coronavirus pandemic, closing its borders, cancelling all flights into and out of the country, barring tourists, and forcing foreign diplomatic missions to reduce their presence to a bare minimum while mobilizing and dispatching health authorities across the country to educate people about the virus and promote good public hygiene. The country’s total Covid cases remain unknown, with Pyongyang continuing to maintain zero confirmed cases after testing nearly 24,000 people out of a population of over 25.6 million.