North Korea warns US of ‘powerful’ response to allied drills 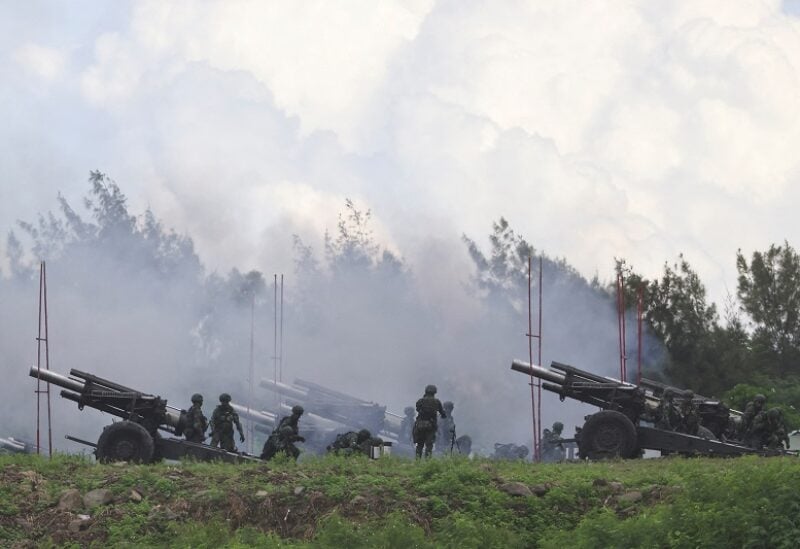 North Korea warned Tuesday of “more powerful follow-up measures,” criticizing the United States for expanding joint military exercises with South Korea that it claims are practice for a potential invasion, and it in response.
The statement from the Foreign ministry came as the US and South Korea conduct aerial drills involving more than 200 warplanes, including their advanced F-35 fighter jets, as they step up their defense posture in the face of North Korea’s increased weapons testing and growing nuclear threat.
North Korea has ramped up its weapons demonstrations to a record place this year, launching more than 40 ballistic missiles, including developmental intercontinental ballistic missiles and an intermediate-range missile fired over Japan. The North has punctuated those tests with an escalatory nuclear doctrine that authorizes preemptive nuclear attacks in loosely defined crisis situations.
The US and South Korea have resumed large-scale military drills this year after downsizing or suspending them in past years as part of efforts to create diplomatic space with Pyongyang and because of the pandemic.
The United States and South Korea’s “Vigilant Storm” air force drills, which are to continue through Friday, came after South Korea completed its annual 12-day “Hoguk” field exercises that officials say also involved an unspecified number of American troops.
North Korea’s latest statement came just days after the country fired two short-range ballistic missiles into the sea, extending a barrage of launches since late September. Some of those launches have been described by the North as simulated nuclear attacks on South Korean and US targets.
North Korea has said its testing activities are meant as a warning amid the joint military drills. But some experts say Pyongyang has also used the drills as a chance to test new weapons systems, boost its nuclear capability and increase its leverage in future dealings with Washington and Seoul.
In comments attributed to an unidentified spokesperson, the North Korean Foreign Ministry statement said the military drills exposed the United States as the “chief culprit in destroying peace and security.” It said the North was ready to take “all necessary measures” to defend against outside military threats.
“If the US continuously persists in the grave military provocations, the DPRK will take into account more powerful follow-up measures,” the spokesperson said, using North Korea’s formal name, the Democratic People’s Republic of Korea. The statement did not specify what those measures could be.
South Korean officials have said North Korea could up the ante in coming weeks by detonating its first nuclear test device since September 2017, which could possibly take the country a step closer to its goals of building a full-fledged nuclear arsenal capable of threatening regional US allies and the American mainland.
In recent weeks, North Korea has also fired hundreds of shells in inter-Korean maritime buffer zones that the two Koreas established in 2018 to reduce frontline military tensions. North Korea has said that firing was in reaction to South Korean live-fire exercises at land border areas. The rival Koreas exchanged warning shots Oct. 24 along their disputed western sea boundary, a scene of past bloodshed and naval battles, as they accused each other of violating the boundary.