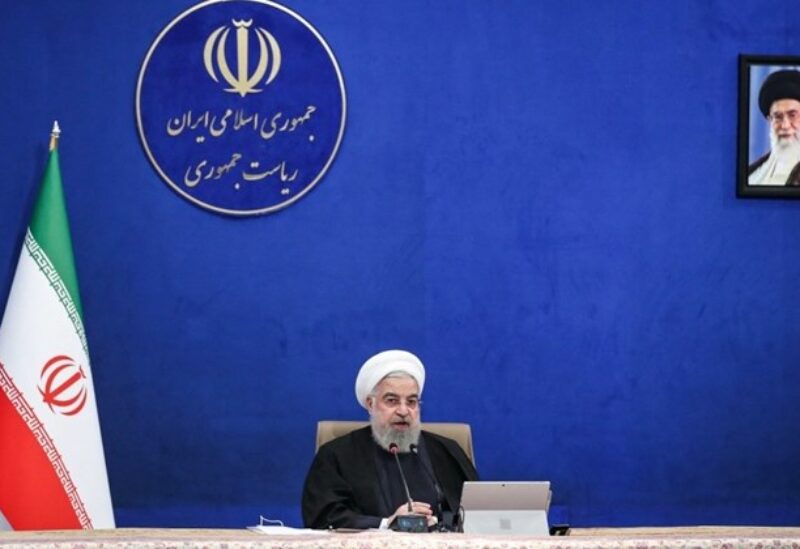 TEHRAN: Iran will vote in June for a successor to President Hassan Rouhani and his moderate-reformist government, but politics in the country is dominated by the nuclear issue and no frontrunner has emerged.

Several conservative heavyweights are thought to be considering running in the key June 18 race, with the winner to help set the direction of the Islamic republic.

“For the moment, the electoral atmosphere remains cold,” political analyst Amir Mohebian told AFP, adding that when politicians “try to warm it up, people are not paying attention.”

Following the election of US President Joe Biden, Washington, European powers, and Tehran are trying to salvage the troubled 2015 nuclear accord, which granted Iran international sanctions relief in return for restrictions on its nuclear program.

The accord has been nearing collapse since Donald Trump unilaterally withdrew in 2018 and reimposed crippling sanctions as part of a “maximum pressure” campaign against Tehran.

Rouhani, who bet on engagement with the West when Barack Obama was president only to see tensions soar under Trump, has shown a willingness to engage with the incoming Biden administration.

But Rouhani will step down after completing the second of his two consecutive four-year terms allowed under the constitution, and, while Iran’s supreme leader Ayatollah Ali Khamenei remains in charge, the new president will direct his own policy course.

After a record 57 percent of Iranians stayed away from the February 2020 legislative elections, Khamenei recently called for “enthusiastic and revolutionary” participation to elect an “effective” president.

The candidate nomination period runs from May 11 to 15.

Only two so far have announced their intention to run, the conservative former defence minister Hossein Dehghan, and reformist former member of parliament Ali Motahari, who put his hat in the ring on Thursday, according to the ISNA news agency.

In mid-February, the Combatant Clergy Association, a powerful conservative group, said it would back the candidacy of Ebrahim Raisi, Iran’s judiciary chief, although he himself has not yet officially declared he is running.

A prominent conservative, Raisi took more than 38 percent of votes in the 2017 presidential election won by Rouhani.

He was recently accused of starting campaigning early, under the cover of numerous official trips across Iran.

“The conservatives’ plan is to agree on a single candidate,” said Hamidreza Taraqi, a top official in the Islamic Coalition Party, part of the conservative alliance that won the legislative elections last year.

But Mehdi Rahmanian, from the reformist Shargh daily newspaper, argues that the conservatives “will certainly not reach” such a deal.

Multiple conservatives could split the vote, giving a helping hand to a moderate candidate, such as former parliament speaker Ali Larijani, who some say seems likely to be keen to run.

Foreign Minister Mohammad Javad Zarif, who has yet to make a clear signal of his intentions, has also been mentioned as a possible moderate contender.

For the reformists, it remains uncertain if they will agree on a candidate, and, if so, if that pick would get the needed endorsement to run by the conservative and powerful Guardian Council.

Motahari is unlikely to be approved since he was barred from taking part in last year’s legislative elections.

Ultra-conservative ex-president Mahmoud Ahmadinejad, who held power from 2005-2013, is regularly present in the media, potentially preparing the ground to try to return.

Several analysts believe that the Guardians would be unlikely to accept Ahmadinejad as a candidate, having already rejected him in 2017.

The conservatives are dreaming of a double victory after their parliamentary win last year when they trounced an alliance between Rouhani and the reformists.

But they are careful not to express this out loud, and with most potential candidates yet to declare themselves, politics at the moment boils down to sniping attacks between parliament and the government.

Conservatives “put the government under a continuous barrage of criticism to nip in the bud” the emergence of a moderate candidate, political analyst Mohebian said.

In turn, Rouhani’s cabinet accuses the deputies of doing everything possible to hinder its diplomatic efforts.

Those efforts aim to rescue the keystone of Rouhani’s presidency — the nuclear deal.

For Tehran, the lifting of US sanctions is critical.

“Rouhani has every interest in a diplomatic victory to polish the end of his mandate,” said Francois Nicoullaud, a former French ambassador to Iran.

If the outgoing president manages that and can end or ease sanctions, the moderates and centrists may be able to “regain their strength,” he said.