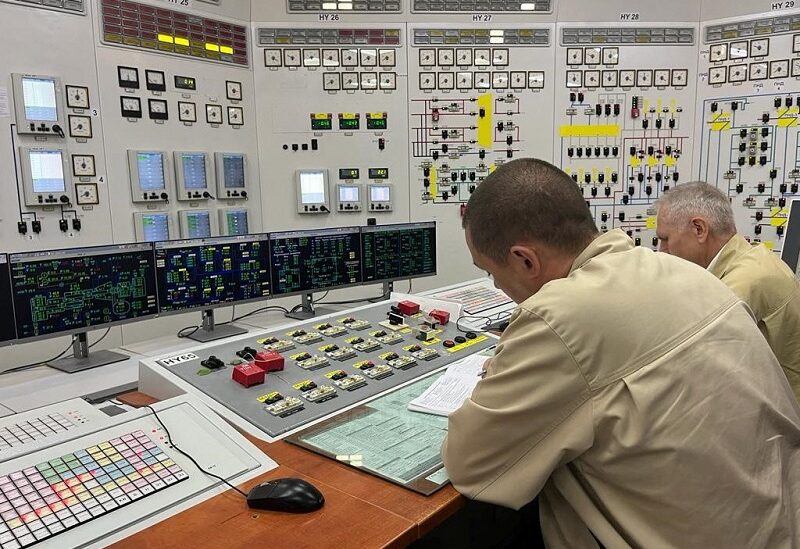 Employees work at the Russian-controlled Zaporizhzhia Nuclear Power Plant during a visit by members of the International Atomic Energy Agency (IAEA) expert mission, in the course of Ukraine-Russia conflict outside Enerhodar in the Zaporizhzhia region, Ukraine, in this picture released September 2, 2022. International Atomic Energy Agency (IAEA)/Handout via REUTERS THIS IMAGE HAS BEEN SUPPLIED BY A THIRD PARTY. MANDATORY CREDIT. NO RESALES. NO ARCHIVES.

International energy officials said on Saturday, that a critical nuclear power plant in Ukraine again lost external power, heightening concerns as the energy battle between Moscow and the West ramped up in recent days amid the ongoing war.
Ukraine’s Zaporizhzhia plant — the largest in Europe — saw its last remaining main external power line cut off even as a reserve line was able to continue supplying electricity to the grid, the International Atomic Energy Agency (IAEA) said.
Only one of the six reactors remained in operation at the station, the agency said in a statement posted on its website.
The plant, controlled by Moscow since Russian troops invaded Ukraine in late February, has become a focal point of the conflict, with each side blaming the other for nearby shelling.
Meanwhile, the standoff over Russian gas and oil exports ramped up this week as Moscow vowed to keep its main gas pipeline to Germany shuttered and G7 countries announced a planned price cap on Russian oil exports.
The energy fight is a fallout from President Vladimir Putin’s six-month invasion of Ukraine, underscoring the deep rift between Moscow and Western nations as Europe steels itself for the cold months ahead.