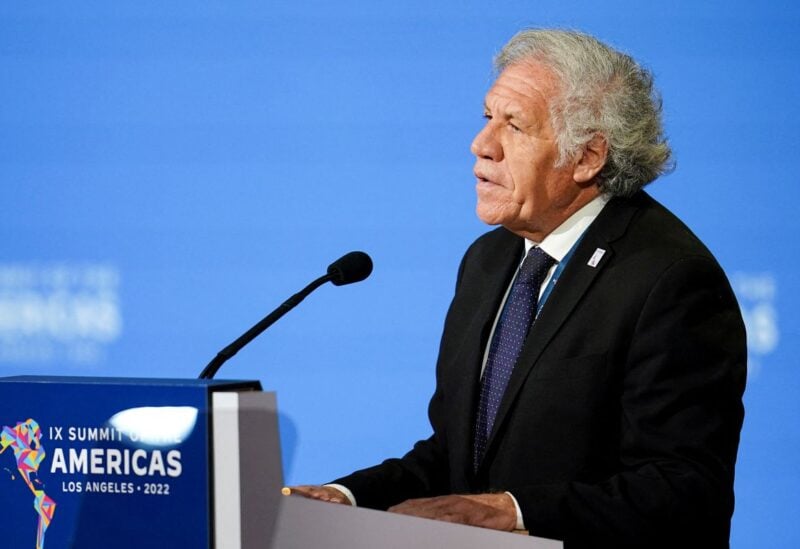 Secretary-General of the Organization of American States Luis Almagro speaks during the Leaders' Second Plenary Session during the Ninth Summit of the Americas in Los Angeles, California, U.S., June 10, 2022. REUTERS/Lauren Justice/File Photo

Organization of American States (OAS) Secretary-General Luis Almagro said on Friday that he is under investigation internally for having a romantic relationship with a staff member but disputed that it may have gone against the organization’s ethics guidelines.

Following an Associated Press article that detailed a “long-running” consensual relationship with a Mexican-born lady 20 years his junior, Almagro made his statements at the conclusion of the OAS’s annual meeting this week in Lima.

“My team and I are very calm, because we have always taken the appropriate measures, so that no situation would be in violation of (OAS) rules,” Almagro told a news conference.

“I was never a supervisor of any person with whom I had a relationship, I never promoted her and never raised her salary in any way.”

The woman, who was not identified, has been on unpaid leave since June, the AP said.

Almagro, who has led the Washington-based OAS since 2015, previously served as foreign minister in his native Uruguay. He is separated from his wife, the AP added.

On Friday night, Peru’s ambassador to the OAS, Harold Forsyth, said he was aware of the relationship but denied there had been any impropriety.

“What I know is he has a relationship with a woman who works at the OAS,” Forsyth told Canal N television.

The allegations came just weeks after the Inter-American Development Bank fired President Mauricio Claver-Carone following accusations, which he denies, that he had a relationship with a subordinate.

The OAS’ ethics guidelines say staff must not have intimate relationships when they interfere with the performance of their duties or “disadvantage others in the workplace.”

They also dictate that managers must step back from “supervising or evaluating” the other individual.