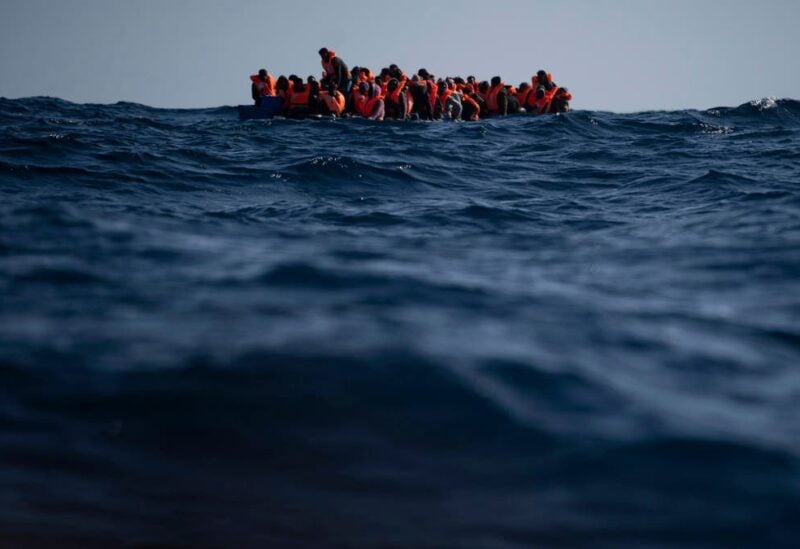 The ship “Ocean Viking” of the organization “SOS Mediterranean” rescued 369 migrants who were on a boat in the Mediterranean, in the sixth rescue operation within the past few according to the non-governmental organization.

The latest rescue operation involved migrants aboard a “large wooden boat” in the “Libyan search and rescue area” Sunday afternoon, a spokesperson for the organization told AFP.

The boat was spotted by radar and then with the naked eye in the evening, and the rescue operation lasted five hours. Among the 369 survivors, nine are women, and 110 are minors, mainly from Egypt, Bangladesh and Eritrea, according to the organization.

Sunday afternoon, the ship rescued 71 migrants who were on board a wooden boat that was overloaded in the Maltese search and rescue area.

“SOS Mediterranean” announced that the boat sailed from Libya three days ago, and that those on board were exhausted when rescued and without water or food.

May 1, the “Ocean Viking” disembarked in Sicily 236 migrants it rescued at sea.

Recently, the United Nations criticized Libya and the European Union, asking them to introduce reforms to the rules of search and rescue operations, stressing that current practices deprive migrants of their rights and violate their dignity if they do not take their lives.

Since the beginning of 2021, 866 migrants have died in the Mediterranean while trying to reach Europe, according to the International Organization for Migration.

The organization “SOS Mediterranean” confirms that it has rescued more than 30,000 people since February 2016, by the ship “Aquarius” and then the ship “Ocean Viking.”