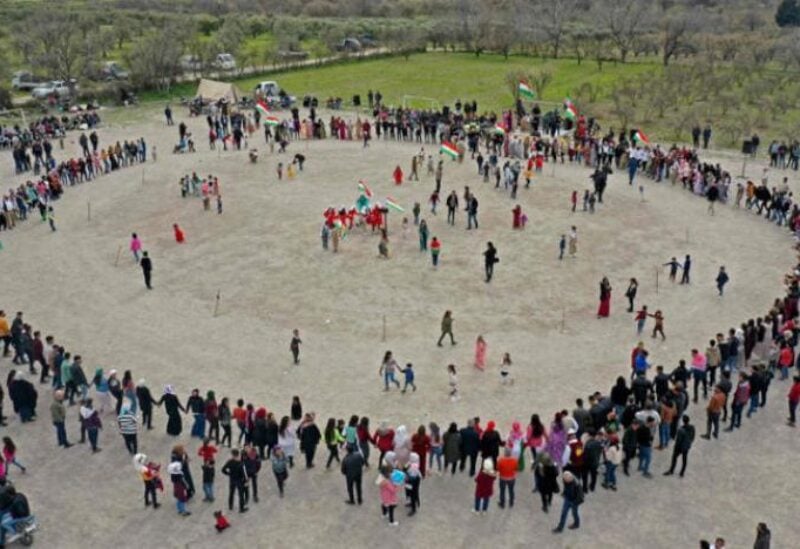 Kurds in Afrin and other areas in northwestern Syria celebrated Nowruz on Monday amid strict security measures imposed by the Syrian National Army (SNA) factions.

He said the measures aim to protect Kurds during the Nowruz festival, which is held on March 21 every year in public squares.

For his part, General Ziad Hajj Obeid, the head of the Public Relations office at the Suleyman Shah Brigade, said his division was given orders to impose tight security measures in villages northwest Aleppo.

“We want to prevent the Kurdistan Workers’ Party (PKK) from disrupting the celebrations,” he noted.

In a statement, the Coalition said the symbols of Nowruz day meet with the goals of the Syrian people, who have been seeking to achieve freedom and peace and to protect political, social, cultural and religious rights.

“Despite all difficulties facing our Revolution, Syrians renew their hopes and aspirations to live in a homeland free of injustice, oppression, crime and occupation,” the statement said.