Omicron threat looms over winter holidays in Europe and U.S. 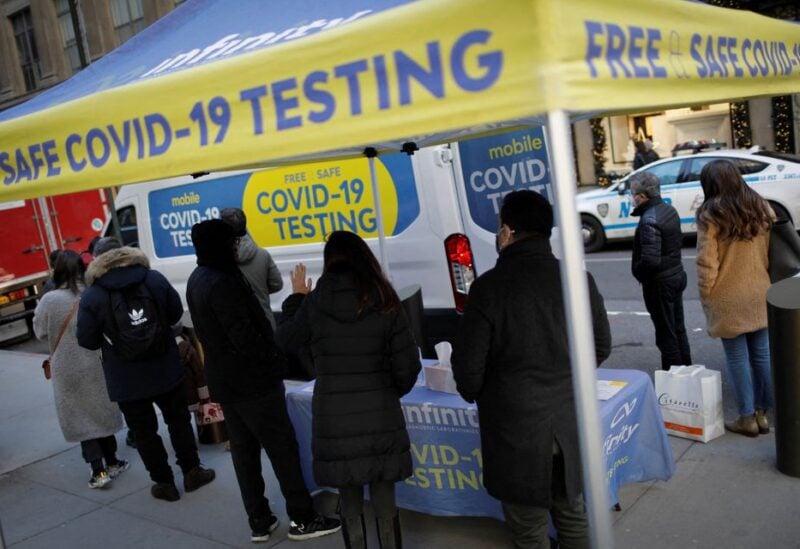 The Netherlands went into lockdown on Sunday and the possibility of more COVID-19 restrictions being imposed ahead of the Christmas and New Year holidays loomed over several European countries as the Omicron variant spreads rapidly.

He said Omicron was “raging through the world” and that travelling will increase the risk of infection even among vaccinated people. Since the start of the month, U.S. COVID cases have risen 50%, according to a Reuters tally.

Dutch urban centres were largely deserted as the country began a snap lockdown that threw people’s Christmas plans into disarray.

Prime Minister Mark Rutte announced the shutdown on Saturday evening, ordering the closure of all but essential stores, as well as restaurants, hairdressers, gyms, museums and other public places from Sunday until at least Jan. 14.

Omicron, a very contagious variant first detected last month in southern Africa and Hong Kong, has raced around the globe and been reported in 89 countries, the World Health Organization said on Saturday. It said the number of Omicron cases is doubling in 1.5 to 3 days in areas with community transmission, but noted that much remains unknown about the variant, including the severity of the illness it causes.

While the Netherlands took the plunge and shut down much of public life to prevent its healthcare system from being overwhelmed, several other European governments are considering additional curbs – at a time when businesses count on people spending more heavily than usual on shopping, entertainment and travel.

Overall COVID infections are rising in 64 out of 240 countries and territories tracked by Reuters, with 12 countries recording more cases than at any point during the pandemic, including the United Kingdom.

Sajid Javid, the health minister, declined on Sunday to rule out the chance that Prime Minister Boris Johnson’s government will impose further restrictions before Christmas.

He said the government was taking the “sobering” advice of its scientists seriously, was watching the data closely, and would balance both against the broader impact of restrictions on areas such as businesses and education.

Johnson is reeling after a series of scandals and missteps, and more than 100 of his own Conservative lawmakers this week voted against the government’s latest measures to tackle what he had warned was going to be a “tidal wave” of Omicron cases.

Javid said Johnson was not too politically weak to bring in further curbs if necessary.

In Italy, the government is considering new measures to avoid a surge in infections during the holiday period, local newspapers reported on Sunday.

After meeting with ministers on Dec. 23, Prime Minister Mario Draghi could mandate that people who have been vaccinated also show a negative test to access crowded places, including nightclubs and stadiums, daily Corriere della Sera reported.

Germany’s health minister Karl Lauterbach ruled out a Christmas lockdown on Sunday but warned a fifth COVID-19 wave could no longer be stopped, adding that he viewed mandatory vaccination as the only way to end the pandemic.