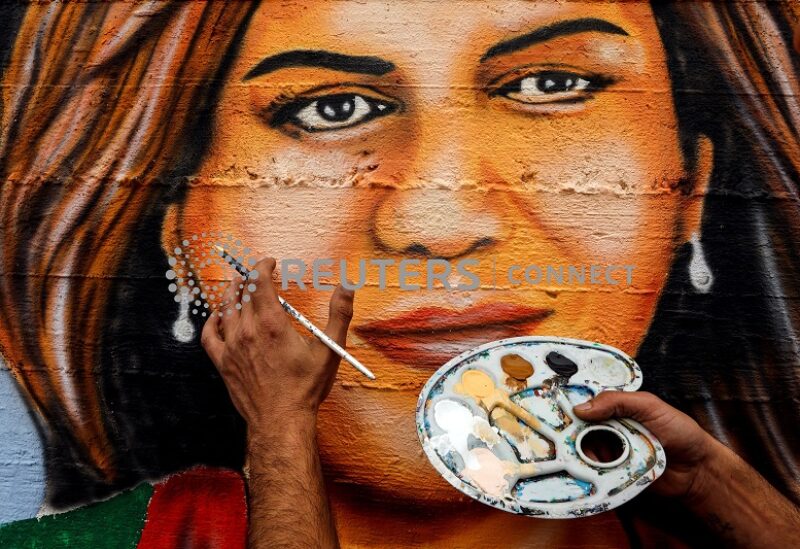 Artist Jaber Abbas, 35 years old, applies final touches to a mural that he painted to pay tribute to Al Jazeera journalist, Shireen Abu Akleh, who was shot dead during an Israeli military raid in the occupied West Bank, in Nazareth, Israel May 16, 2022. REUTERS/Ammar Awad TPX IMAGES OF THE DAY

United Nations High Commissioner for Human Rights’ (OHCHR) office, stated that the bullets that claimed the life of renowned Al-Jazeera journalist Shireen Abu Akleh were fired from the Israeli side

“All information we have gathered … is consistent with the finding that the shots that killed Abu Akleh and injured her colleague Ali Sammoudi came from Israeli Security Forces and not from indiscriminate firing by armed Palestinians, as initially claimed by Israeli authorities,” the OHCR said in a statement.

“We have found no information suggesting that there was activity by armed Palestinians in the immediate vicinity of the journalists,” it said, adding that it was “deeply disturbing” that the Israeli authorities were yet to conduct a criminal investigation on the matter.

On May 11, Abu Akleh, 51, was covering an Israeli military raid near the Jenin refugee camp in the occupied West Bank when she was shot dead. Palestinian officials and her employer, Al Jazeera, said she was killed by Israeli forces.

Israel, for its part, denied any responsibility and called for a joint investigation with Palestinians, a move rejected by the authorities in Palestine.