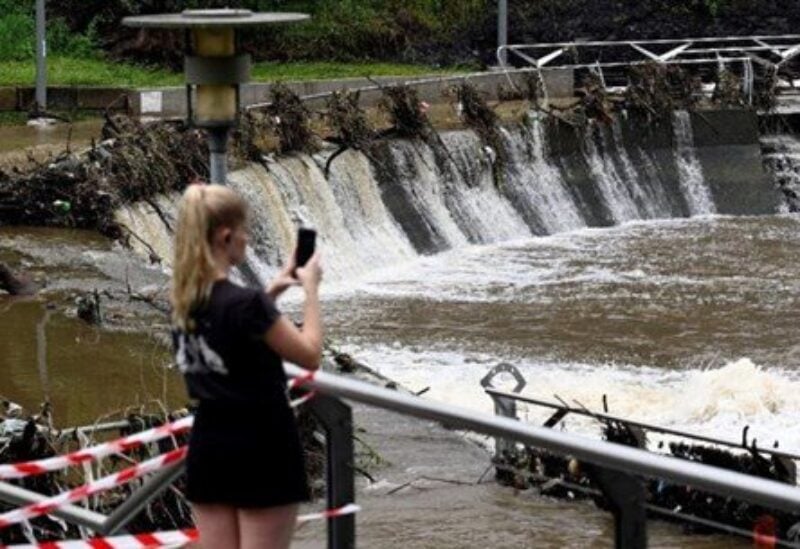 On Wednesday, one person was discovered dead in a flooded car and ten others were reported missing after heavy rain produced flash flooding in eastern Australia and triggered a spate of emergency alerts up and down the Pacific coast.

The corpse of the drowned 60-year-old was discovered early Wednesday in Queensland, Premier Annastacia Palaszczuk said in parliament, calling the occurrence a “tragedy.”

In the previous 24 hours, about half a meter (1.5 feet) of rain has poured in some areas of her state, causing many road closures and transportation pandemonium.

Emergency services received more than a hundred calls for help and swift water rescue crews have been despatched to assist dozens of stranded residents.

Emergency services have received more than a hundred calls for help and swift water rescue crews have been despatched to rescue dozens of stranded residents.

“This has the potential to be a significant rainfall event for south-east Queensland,” Palaszczuk said.

A freight train overturned near the town of Gympie, although the driver was said to have minor injuries.

Fifteen Queensland dams are at capacity and more rain is expected in the coming days.

“Locally intense rainfall is possible and since many catchments are now saturated there is an increased risk of dangerous and life-threatening flash flooding over the coming days,” said Palaszczuk.

Police warned motorists to avoid driving through flooded roads and to stay at home.

Heavy rain has also pelted the state of New South Wales, where parts of Sydney were briefly submerged Tuesday.

After several years of drought and climate-worsened bushfires, Australia’s east is wrapping up an extraordinarily wet antipodean summer, thanks to a La Nina weather pattern.

La Nina increases the chances of tropical cyclones off Australia’s Pacific coast and brings above-average rainfall, according to the country’s Bureau of Meteorology.