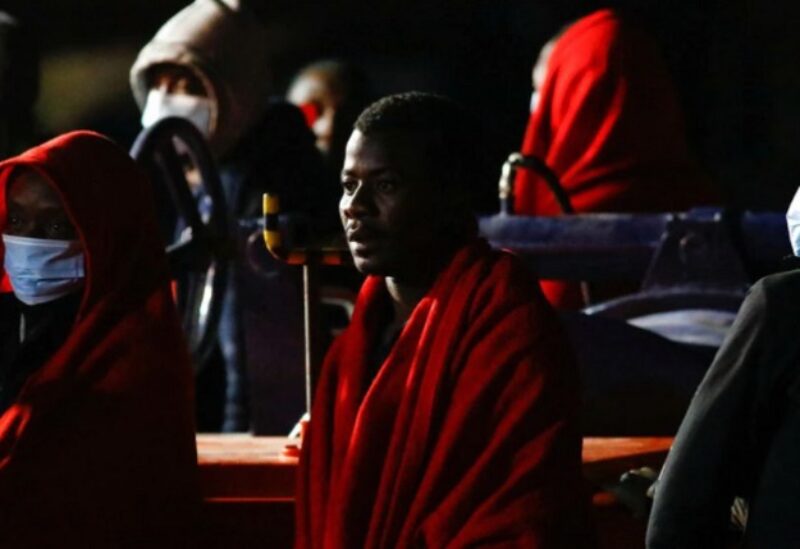 Migrants wait to disembark from a Spanish coast guard vessel, in the port of Arguineguin, in the island of Gran Canaria, Spain, February 3, 2022. REUTERS/Borja Suarez

At least one migrant drowned and 16 were missing after their dinghy capsized in the Atlantic Ocean on Wednesday night some 35 km (22 miles) off the Spanish island of Fuerteventura, a government official told reporters on Thursday.

Emergency services rescued and transported about 41 people from the semi-sunken dinghy. The Coast Guard found one dead body at sea.

Teresa Mayans, deputy head of the central government’s representation on the Canary Islands, told a news conference that some survivors had reported on arrival that 16 of their fellow travelers were missing at sea.

The Spanish islands off the coast of West Africa have become the main destination for migrants trying to reach Europe, and last year was one of the busiest for such crossings in the past decade, according to interior ministry data.

Walking Borders rights group said more than 4,400 migrants, including at least 205 children, were lost at sea trying to reach Spain in 2021, more than double the figure from 2020 and the most since the group began counting in 2018.