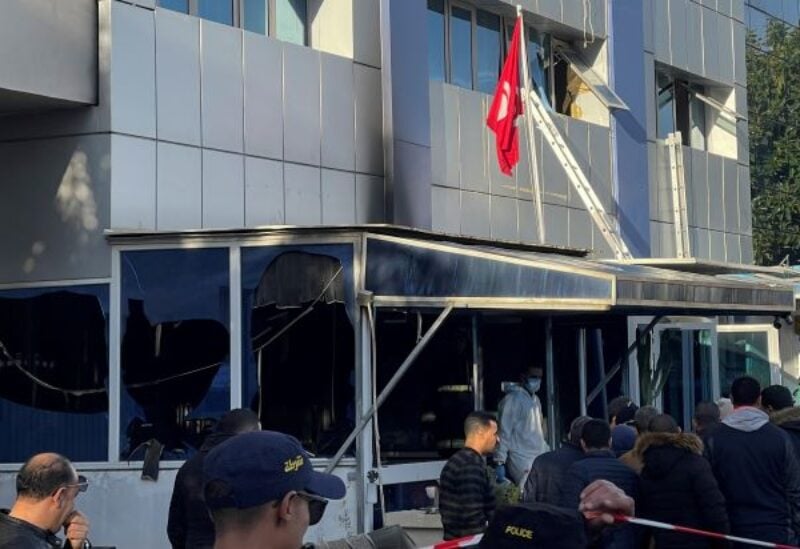 According to the country’s civil protection service, one person was killed and 12 were injured in a fire at the headquarters of Tunisia’s Ennahda party on Thursday.

Ennahda stated that one of its members was killed in the fire but did not provide any information.

According to Ennahda members and witnesses, two top party leaders were also injured in the fire at the facility in Tunis.

Ali Larayedh, a former prime minister who was injured as he leaped to safety from a second-floor window, was one of them. They also mentioned AbdelKarim Harouni.

There was no official reason yet for what caused the fire.

One party member told Reuters it resulted from a short-circuit in the main meetings hall. However some other members said the blaze started when a man set himself on fire, without giving details of his identity.

The Arab Spring – a wave of protests calling for more democracy across the Arab world – was famously sparked in Tunisia 11 years ago when a street vendor set himself on fire.