Open door that may have fueled New York fire under investigation 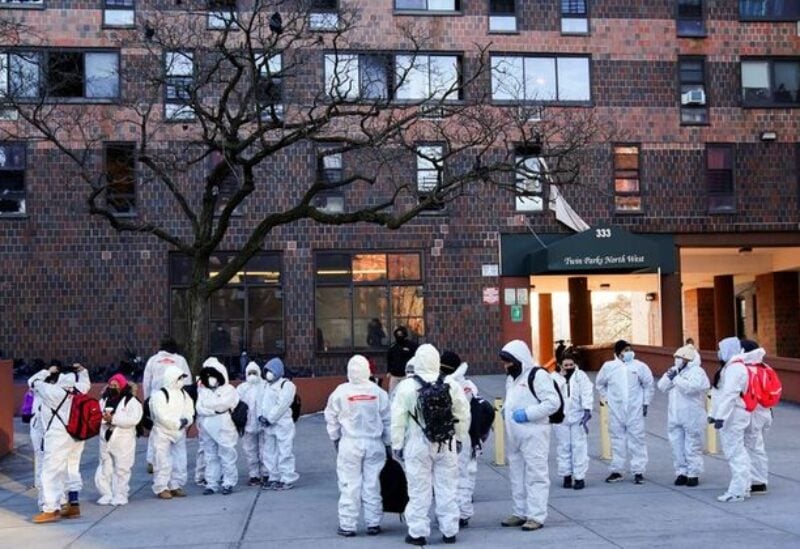 Authorities in New York stated on Monday that they were looking into a possible “maintenance issue” with a door that did not close when a deadly fire broke out in a Bronx apartment building the day before, killing 17 people, including eight children.

At a press conference little over a week after taking office, New York City Mayor Eric Adams revealed the city’s medical examiner found the fire had claimed two fewer fatalities than the 19 declared on Sunday.

The fire started on Sunday morning at the 19-story Twin Parks North West complex, which provides low-income New Yorkers with inexpensive housing. Many of the people were members of the neighborhood’s substantial Gambian population.

“This is a worldwide tragedy because The Bronx and New York City reflect nationalities and cultures from all over the world,” Adams said during a press conference in front of the structure. “This is a problem that is still unfolding. It was an unfathomable catastrophe.”

Adams said he spoke with US President Joe Biden, who promised that the White House will assist “everything” New York City requires to deal with the fire’s consequences.

The disaster was expected to raise concerns about the safety of low-income municipal dwellings. It was the second catastrophic fire in a residential complex in the United States this week, after flames rushed through a public housing apartment building in Philadelphia early on Wednesday, killing 12 people, including eight children.

Earlier in the day on “Good Morning America,” Adams said smoke from the fire was able to spread due to a door being open. Doors in apartment houses are required to close automatically to prevent fires from spreading through the building.

“There may have been a maintenance issue with this door and that is going to be part of the ongoing investigation,” Adams said. “This is all going to come out during the investigation.”

Addressing the revised death toll, Fire Commissioner Daniel Nigro said patients had been taken to seven different hospitals in the city, which led to “a bit of a double count,” adding that many remain in care still fighting for their lives.

Investigators are looking into the possibility that a door from 15th floor to stairway was not functioning as it should, Nigro said, adding that residents would have been safer if they stayed in their apartments rather than exiting down stairways.

Some 60 people were injured in the blaze and 32 people had been hospitalized with life-threatening injuries, officials said on Sunday.

Fire marshals determined through physical evidence and accounts from residents the fire started in a portable electric heater in the apartment’s bedroom. The heat had been on in the apartment building and the portable heater had been supplementing that heating, they said.

Some 200 firefighters helped put out the blaze.

“Many of them, of their oxygen tanks were on empty,” Adams said on Monday. “But instead of turning back and exiting the building, they pushed through, through the smoke.”

The building was constructed in 1972 as part of a state program to provide affordable housing, a spokesperson for the joint venture said. All 120 units are covered by subsidy programs, the spokesperson said.