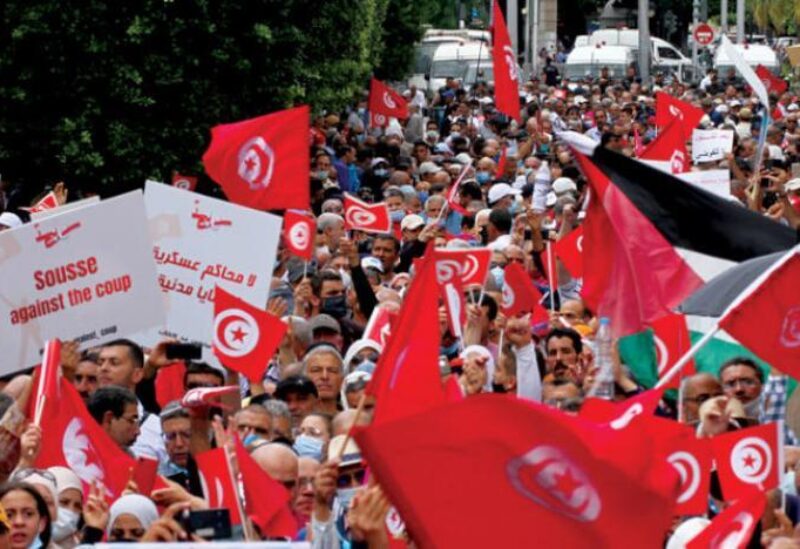 Hamma Hammami, head of the Workers’ Party and leader of the left, criticized the political situation in Tunisia, which he said was on the verge of economic bankruptcy.

Tunisia “is grappling with bankruptcy, indebtedness, and blatant foreign interference,” along with internal disputes, he said.

In the same context, Ahmed Nejib Chebbi, head of Al-Amal Party criticized the president’s decisions and political behavior, saying that Tunisia “is today in the heart of the abyss.”

“If the Islamists brought us to the verge of the abyss, we are now falling into in,” he underlined.

Al-Boughdiri ruled out the possibility of a dispute erupting between the presidency and the Union, saying that several files would be discussed in the near future.