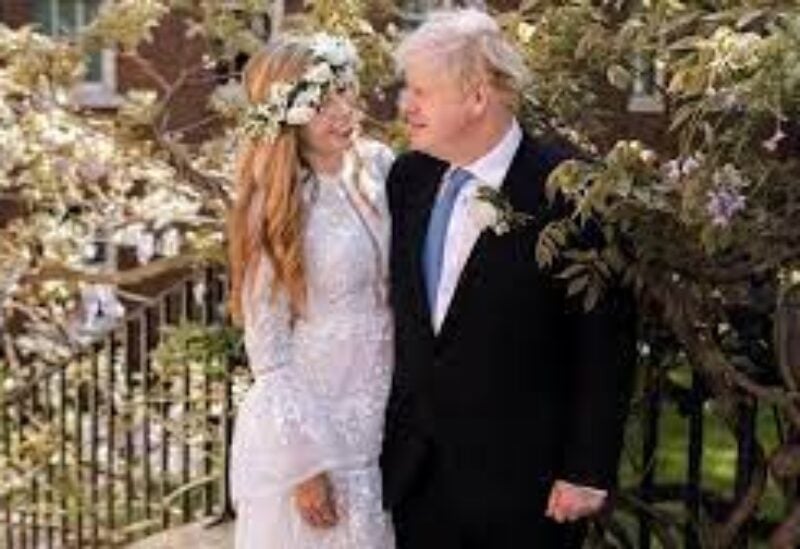 Boris Johnson and his wife Carrie

over a year After a year to their marriage, Britain’s outgoing Prime Minister Boris Johnson and his wife hosted a wedding party at the Cotsworlds estate.
The celebrations were earlier put off due to coronavirus restrictions in 2021. The party was hosted in Daylesford House belonging to Conservative donor and JCB chairman Lord Bamford. The event was attended by Johnson’s father including his sister Rachel.
Reports claim actor Holly Vallance along with Jacob Rees-Mogg and Nadine Dorries were present at the posh estate. However, the current frontrunner for the prime minister’s post Liz Truss and rival Rishi Sunak were not present at the event. The party was reportedly held at the estate grounds in Gloucestershire inside a huge tent.
Johnson’s government was embroiled in the “partygate” row as pictures emerged he was present during various garden parties while the UK was under stringent coronavirus lockdown. Johnson later apologised for the “partygate” scandal after official investigations was launched, including by London’s Metropolitan Police. Johnson’s own party MPs called for his resignation.
Johnson who was prime minister for nearly three years had won the elections with a landslide in 2019. The Tory prime minister defiantly pushed back on resignation calls for months as pressure grew from all quarters for him to leave the post.
Johnson announced he was stepping down from the top post just days after winning the no-confidence motion from his own MPs last month as reports claimed over 40 MPs had voted against the prime minister.