Over 700,000 people attended the music event in Saudi Arabia 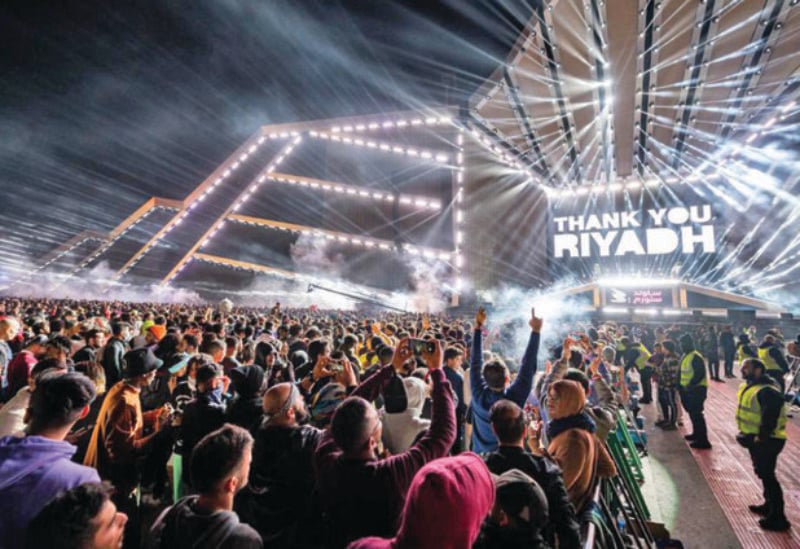 Despite an increase in Covid cases, the MDLBeast Soundstorm music event in Saudi Arabia attracted over 700,000 people for four days, a record number, according to officials in this ultra-conservative monarchy.

In recent years, the Gulf oil monarchy has opened its doors to foreign cultural and athletic events, but human rights NGOs consider this as an attempt to use entertainment to deflect attention away from persecution of opponents and activists.

“Over the course of the festival (four days), overall participation reached 732,000, making it one of the largest in the world,” said Turki al-Sheikh, the chairman of the entertainment administration, on Twitter.

International performers on the list, including French DJ David Guetta, were urged by NGOs to boycott the event, which finished on Sunday, or to openly protest Saudi Arabia’s human rights problems.

“We’ve never seen anything like this in Riyadh before – people, music, VIP areas, and costumes that aren’t in line with the country’s traditions,” a lady who attended the event remarked.

The festival took place at a time when Saudi Arabia is seeing an increase in reports of Covid-19 contamination because to concerns about the spread of the new Omicron version. According to official estimates, the kingdom has documented more than 8,800 virus-related fatalities since the outbreak began.

Saudi Arabia is trying to diversify its ultra-dependent economy on oil and is looking to improve its image.

In late November, Human Rights Watch called on Justin Bieber, Jason Derulo, and A $ AP Rocky, headliners at a concert in Jeddah, Saudi Arabia, to “take a public stand” against human rights violations in the kingdom.