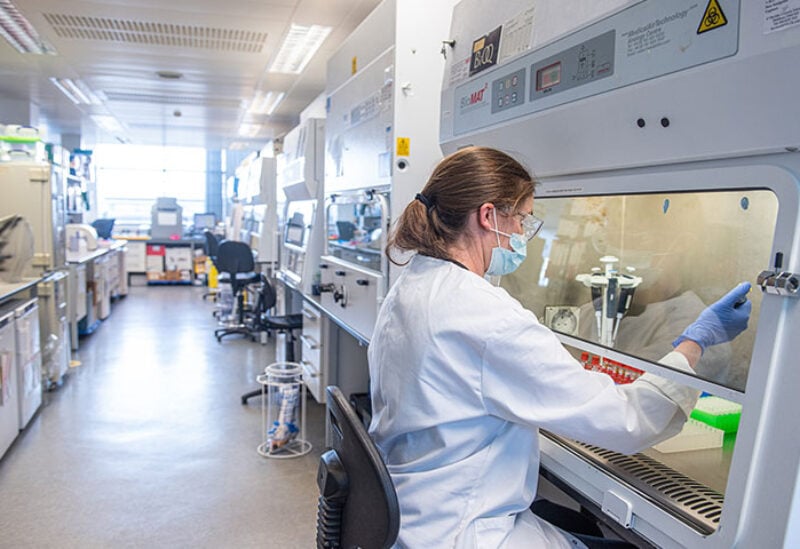 Researchers at Oxford University said on Thursday they have developed a method to foresee the efficacy of new COVID-19 vaccines based on a blood test, potentially offering a short-cut around massive clinical trials that are increasingly difficult to conduct.

The researchers looked at the concentration of a range of virus-fighting antibodies in the blood of trial participants after they had received the vaccine developed by AstraZeneca and Oxford University, now known as Vaxzevria.

By looking at which of those trial volunteers later contracted symptomatic COVID-19 and which did not, the researchers came up with a model they hope will predict how powerful other vaccines will be, based on those blood readings.

“The data can be used to extrapolate efficacy estimates for new vaccines where large efficacy trials cannot be conducted,” they said in their paper which was posted online on Thursday and submitted for peer-review for future publication in a scientific journal.

The Oxford researchers warned more work was required to validate their model for many of the highly contagious new virus
variants of concern.

They noted that they did not look into the so-called cellular immune response, a major weapon of the human body against infections alongside antibodies, but more difficult to measure.

“There is an urgent need to increase supply of vaccines for the world, but development and approval of new vaccines takes
many months. We hope that the use of correlates by developers and regulators could speed up the process,” said Andrew Pollard, Director of the Oxford Vaccine Group and lead investigator on the Oxford Vaccine Trial.

Researchers and regulators around the globe are working on such benchmarks -– known as a correlates of protection or
surrogate endpoints — which may allow laggards in the vaccine development race to provide evidence of efficacy without having
to conduct trials with tens of thousands of volunteers.

Those mass trials have so far relied on participants to contract the disease in their normal lives to provide vaccine efficacy results. That becomes more of a challenge where vaccination coverage is already high and the virus is not circulating widely.

The traditional clinical trials also require many participants to get a placebo as a comparison to those who receive the experimental vaccine, posing an ethical dilemma where approved shots are available.