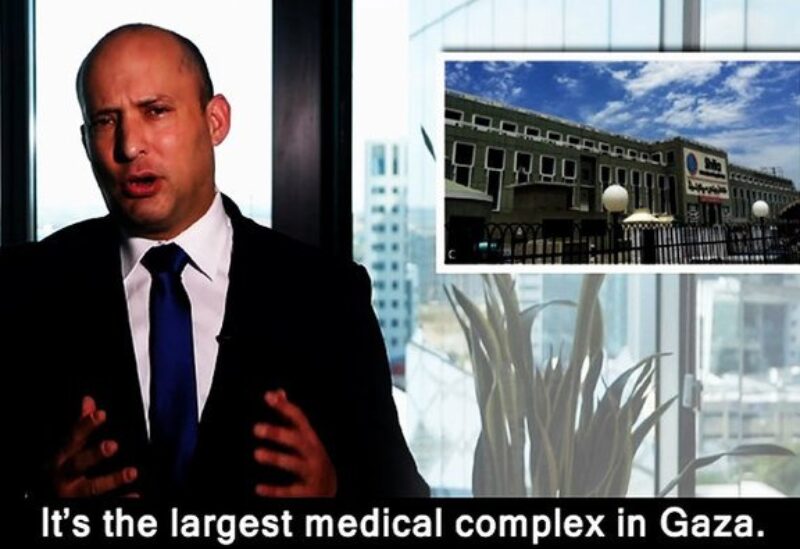 Pakistan has taken “serious exception” to an Israeli far-right politician’s use of an image of a hospital in the capital city Islamabad, claiming it was a Hamas headquarters and “the largest medical complex in Gaza,” foreign office spokesperson Zahid Hafeez Chaudhri said.

“We have seen the statement by Israel’s former war minister and we believe that it is casual misjudgment at best, and deliberate misrepresentation at worst,” Chaudhari told Arab News.
“We also take serious exception to the fact that a Pakistani building was misquoted in the statement,” he added.

Since last month, Pakistan has launched a diplomatic onslaught in support of Palestine and to mobilize international support against Israeli airstrikes in the Gaza Strip.
The attacks killed more than 240 people in the Palestinian territory between May 10 and May 21 when a cease-fire was announced.

On May 20, Israeli far-right politician and former war minister Naftali Bennett posted a video on Twitter showing an image of a hospital that he said was the “largest medical complex in Gaza” and a Hamas headquarters from where the group was “conducting terror actions against Israel.”
Social media users were quick to point out that the photo was of the Shifa International Hospital in Islamabad.

“Israel is frustrated due to Pakistan’s active role in highlighting the Palestinian issue and Israeli atrocities in front of the whole world,” Ashrafi affirmed.

“It is a deliberate attempt to mislead and deceive the world as Israel has destroyed actual health facilities in Gaza. We condemn this attempt to malign Pakistan.”

Ashrafi added: “Pakistan will continue its support for the Palestinian people till the formation of an independent Palestinian state with Al-Quds Al-Sharif as its capital.”
Shuja Rauf, a spokesperson for Shifa, said that it was “clear that the image of Shifa International Hospital (SIH) Islamabad has been shown mistakenly.”

“SIH is Pakistan’s leading private-sector hospital, accredited with the Joint Commission, United States. The hospital has been providing quality health care services to Pakistanis for over 28 years. We accordingly emphasize to remove the said visual,” Rauf said.