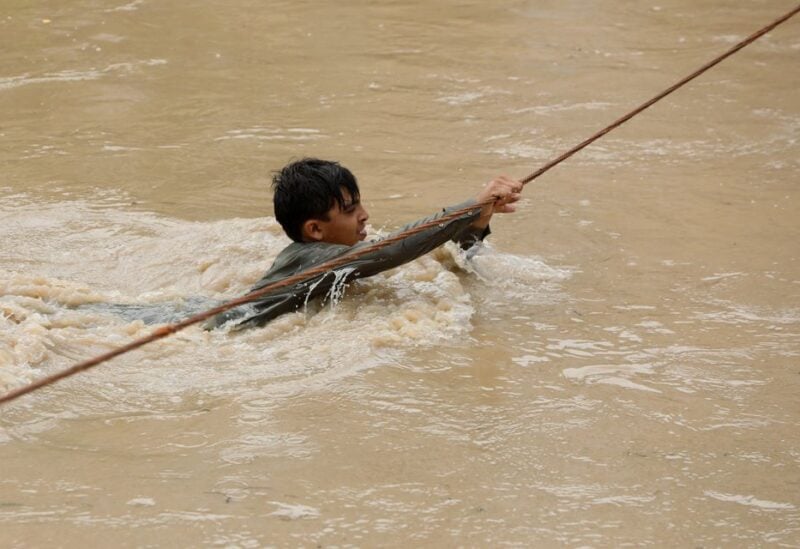 A boy crosses a flooded street, with the help of a wire fastened on both ends, following rains and floods during the monsoon season in Charsadda, Pakistan August 27, 2022

On Saturday, tens of thousands of people fled their homes in northern Pakistan when a fast-rising river collapsed a key bridge, as devastating floods wreaked havoc across the nation.

Fears of flooding along the river’s banks forced around 180,000 residents in the Charsadda area to evacuate their houses, according to disaster officials, with some spending the night on highways with their cattle.

The military has joined the country’s national and provincial authorities in responding to the floods and Pakistan’s army chief on Saturday visited the southern province of Balochistan, which has been hit heavily by the rains.

The dead toll from floods in Afghanistan this month has grown to 192, according to disaster officials. Thousands of cattle had been slaughtered, and 1.7 million fruit trees had been devastated, raising questions about how households would sustain themselves as the country faced an economic crisis.